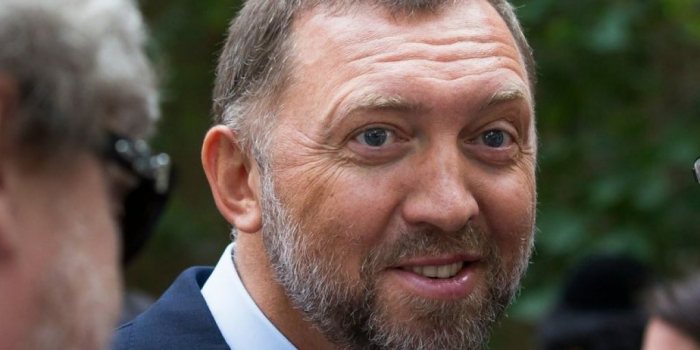 A Russian oligarch caught in the crosshairs of Robert Mueller’s Russia probe says he spent over $20 million of his own money at the behest of Andrew McCabe, the fired deputy of the bureau, on a mission – that was later scuttled – to free a retired FBI agent captured in Iran.

The supposed relationship between the FBI and Oleg Deripaska, a billionaire with close ties to the Kremlin, may raise speculation about whether the Mueller team and the bureau at large suffer from a conflict of interest as it investigated Deripaska and his ties to Trump campaign officials.

Deripaska has been targeted by the State Department over concerns about his connections to Russian organized crime, leading to sanctions in 2018. Earlier this year, the sanctions on three companies linked to Deripaska were lifted.

The Special Counsel led by Mueller, meanwhile, reportedly tried to question Deripaska over his connections to former Trump campaign manager Paul Manafort, though the oligarch refused to cooperate with the probe.

“I told them straightforward, ‘Look, I am not a friend with him (Manafort). Apparently not, because I started a court case (against him) six or nine months before,” Deripaska recalled to The Hill what he told FBI agents in September 2016.

He continued: “But since I’m Russian I would be very surprised that anyone from Russia would try to approach him for any reason, and wouldn’t come and ask me my opinion.’”

But the Russian’s admission casts a shadow on McCabe, a former FBI deputy that was fired by President Trump, and Mueller himself over the effort to bring back Robert Levinson, a retired FBI agent captured in Iran back in 2007 during a CIA mission.

Deripaska told The Hill that he spent over $20 million of his own money between 2009 and 2011 on an operation to free Levinson.

He claims he paid for the mission because the FBI, then under Mueller’s leadership, with McCabe, then-FBI supervisor and a supposed colleague of Levinson, asked him for the help.

“I was approached, you know, by someone that he is under a lot of scrutinies now — McCabe,” Deripaska told the Hill. “He also said that it was important enough for all of them (FBI officials). And I kind of trust them.”

The FBI didn’t respond to Fox News’ immediate request for a comment.

The rescue team funded by him almost reached a deal with the Iranians to free Levinson, he said, but the effort was scrapped by Hillary Clinton’s State Department.

“I heard that some Russian ‘hand,’ or whatever you call people who are expert on the Russians at the State Department, (said), ‘We just don’t want to owe anything to this guy,’” Deripaska said, noting didn’t expect favors from the U.S. in exchange for his help in freeing Levinson.

He added that he doesn’t think the retired FBI agent is still alive, claiming that he most likely been released back when the Obama administration signed the nuclear deal with Iran.

Deripaska’s comments come in the wake of the looming testimony by Mueller on July 17, whose testimony Trump’s critics expect will generate attention to the Mueller report that he provided to the Justice Department in March, at the conclusion of his Russia investigation.

The report looked at Russian interference in the 2016 U.S. presidential election but found no evidence that Trump colluded with the foreign government in an effort to get elected.

The special counsel did detail instances of possible obstruction of justice by Trump, a section of the report that some Democrats jumped on to suggest launching the impeachment proceedings against the president.