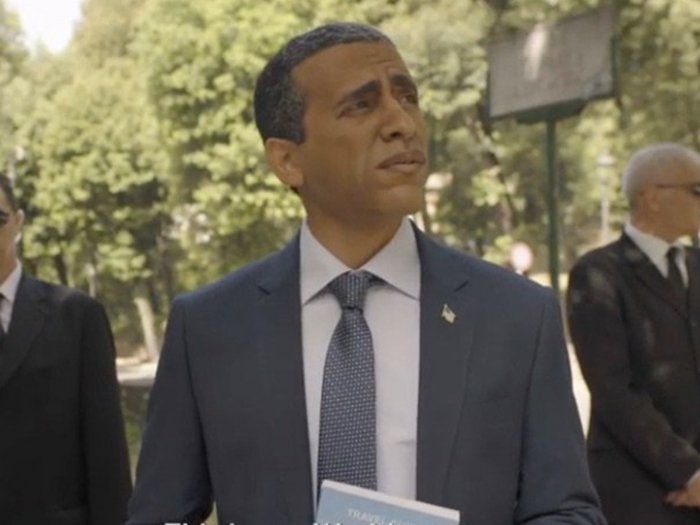 An Italian airline has apologised after featuring an actor wearing blackface playing Barack Obama in an advert released on social media.

In the video to promote Alitalia’s non-stop flight from Rome to Washington, the actor was covered heavily in makeup and his features were modified to resemble the former US president.

It was part of a series of four videos, each featuring an actor playing a US president including Abraham Lincoln, George Washington and Donald Trump.

The video featuring the character of Mr Obama prompted a flurry of critical responses on Facebook with users describing the video as “outrageous”. One comment noted that blackface is “universally considered a racist practice".

A spokesperson for the airline initially defended the video and said the actor portraying Mr Obama was not Caucasian and that his makeup was applied to "highlight features", the New York Times reported.

However, the company has since apologised and said it would remove the video from all social media platforms.

"Alitalia deeply apologises for the offence caused by the promotional video on our new Washington route,” the airline said in a statement posted on Twitter.

“It has since been removed from all of our social media channels."

"For our Company, respect for everyone is mandatory, it was never our intention to hurt anyone and we will learn from what has happened."

Alitalia is Italy’s biggest airline and flies to 100 destinations including 27 national and 73 international routes.

The criticism of its latest advert comes after Italian brand Gucci stopped selling a women’s jumper after it was accused of evoking blackface imagery.

The $890 “knit top” from the brand’s 2018 “Fall Winter” collection featured a black roll neck with large red lips encircling a hole for the mouth.

Last year, Swedish brand H&M was forced to apologise after it used a black child to model a hoodie with the slogan “Coolest monkey in the jungle”. Social media users branded the advert “racist” and “unacceptable”.