Erdogan: US scrapping F-35 jet deal with Turkey would be robbery 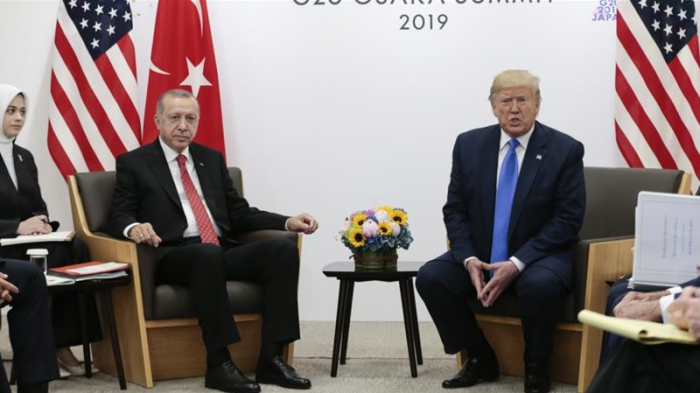 Turkish President Recep Tayyip Erdogan has said it would be "robbery" for the United States to deny Turkey the F-35 fighter jets it has bought, according to remarks published in Turkish media.

"If you have a customer and that customer is making payments like clockwork, how can you not give that customer their goods? The name of that would be robbery," the national Hurriyet newspaper quoted Erdogan as saying on Thursday, as Turkey faces potential US sanctions over its purchase of the Russian S-400 missile system.

He said that Turkey had so far paid $1.4bn for the F-35s and that four jets had been handed over, with Turkish pilots going to the US for training.

"We have made an agreement to buy 116 F-35s. We are not just a market, we are also joint producers. We produce some of the parts in Turkey," he added.

The planes are currently in the US and some of the training the Turkish pilots were offered has been halted due to the strain between the allies.