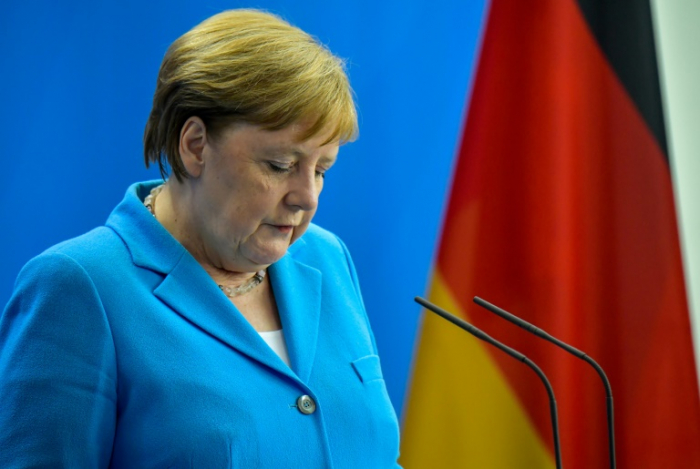 German Chancellor Angela Merkel insisted she was "very well", despite suffering her third trembling spell in less than a month on Wednesday that has focused attention on her health, AzVision.az reported citing AFP.

Merkel began shaking involuntarily as national anthems were being played at the reception of Finnish Prime Minister Antti Rinne.

But she attended a press conference as planned just around an hour later, telling journalists that her health was no cause for concern.

"I feel very well, there is no need to worry," she said, adding that she was simply still in a phase of "processing" a previous shaking spell, but that "there has been progress".

"I will have to live with it for a while," added Merkel, who turns 65 next week.

"Just like how it has come, one day it will go away too," she said.

A source close to the government had said the cause of the repeat shaking was now psychological, with memories of the first incident provoking renewed trembling at events with similar settings.

The shaking on Wednesday was visible although less severe than during the first episode in June.

On that occasion she appeared unsteady and shook as she stood in the midday sun next to Ukrainian President Volodymyr Zelensky, whom she was welcoming with military honours.

That first bout of shaking was blamed on dehydration. But a second episode struck a week later at the end of June, just hours before she was due to board a plane for a G20 summit in Japan.

Officials had sought to play down fears over her health then, saying that she was fine and that she would not be cancelling any planned engagements.

Merkel has been leader of Europe's biggest economy for almost 14 years.

Frequently called the European Union's most influential leader and the most powerful woman in the world, Merkel has said she will leave politics at the end of her term, in 2021.

But she has struggled to stamp out repeated speculation that she may leave the political stage earlier than planned.

The coalition that she had forged with the centre-left Social Democratic Party was fragile from the start, and has lurched from crisis to crisis.

The latest health scare has prompted additional questions over the length of her reign.

There were brief concerns about her well-being in 2014 when she was taken ill during a television interview. The broadcast was interrupted when she experienced a drop in blood pressure.

Merkel's spokesman explained at the time that the leader did not feel well for a moment, then ate and drank something and continued the interview.

Earlier that same year, she fractured her pelvis while cross-country skiing in Switzerland and was ordered to cut back her schedule dramatically and stay in bed as much as possible for three weeks.

A keen hiker too, Merkel herself once asserted she had a "camel-like" ability to store energy for sleepless all-night summits.

German media, which had largely refrained from speculating about Merkel's health during her second spell of shaking, said they could not look away a third time.

"If signs of physical or psychological weaknesses appear often, the government would have to rethink its stonewalling tactic. Otherwise, rumours will take on a life of their own," warned the daily.

In case of emergency, Merkel would be replaced by Vice Chancellor Olaf Scholz, who would carry out her duties until parliament elected a new leader.