The world's population is nearing 8 billion. That's not great news 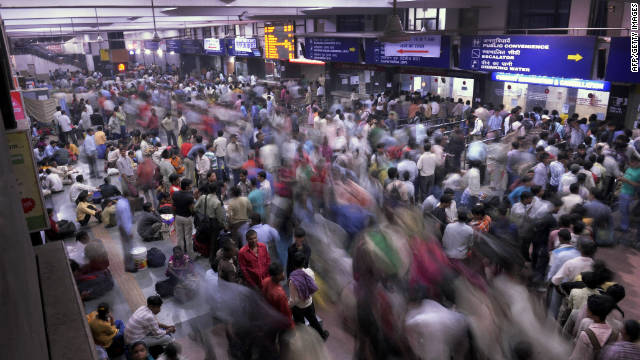 It took thousands of years for the global population to hit 5 billion, which happened in 1987. Some 32 years later, we're closing in on 8 billion.

This explosive growth concerns leaders at the United Nations, who created World Population Dayin 1989 to raise awareness about the problems caused by overpopulation. The holiday is observed annually on July 11.

The planet's population today is 7.7 billion. How mind-bogglingly huge is that number? If you started now and ticked off 7.7 billion seconds, you wouldn't be done until the year 2263.

And by 2050, the world is projected to add another 2 billion people.

If we have issues with overpopulation now, just image the future impact on the planet. Here's a closer look at some global population trends.

Some areas are actually losing population

According to the UN, 27 countries or areas have seen their populations shrink by 1 percent or more since 2010.

This drop is caused by sustained lower levels of fertility, most notably in countries like China amd Japan.

But these shrinkages are dwarfed by population booms in other regions. The population of sub-Saharan Africa, for example, is projected to double by 2050.

Nine countries -- India, Nigeria, Pakistan, the Democratic Republic of the Congo, Ethiopia, Tanzania, Indonesia, Egypt and the United States -- will make up more than half the projected growth of the global population between now and 2050, according to a 2018 study.

People in the poorest countries have shorter lives

Global life expectancy is expected to increase from 72.6 years to 77.1 years in 2050.
But life expectancy at birth in the least developed countries lags 7.4 years behind the global average. The UN says this is largely because of high levels of child and maternal mortality along with the HIV epidemic and violence in areas torn by conflict.

Many of these countries are growing too crowded. And overpopulation can contribute to such social and environmental problems as global warming, resource depletion, pollution, overcrowding, malnutrition, gender inequality and the spread of deadly disease.

In 2018, we hit another milestone-- for the first time ever, people over 65 globally outnumber children under 5. Because of increasing life expectancy and falling fertility rates, people are reproducing less and living longer.

Japan's population will continue to drop as the graying nation's aging accelerates and the birthrate stays low.

This seems like it would be an all-around good deal. But it's bad for the global economy because there are proportionally fewer working-age people and more elderly people, who drive up health care costs.

By 2050, one in four people living in Europe and North America could be 65 or over.