Theresa May has been dancing to ABBA again- VIDEO 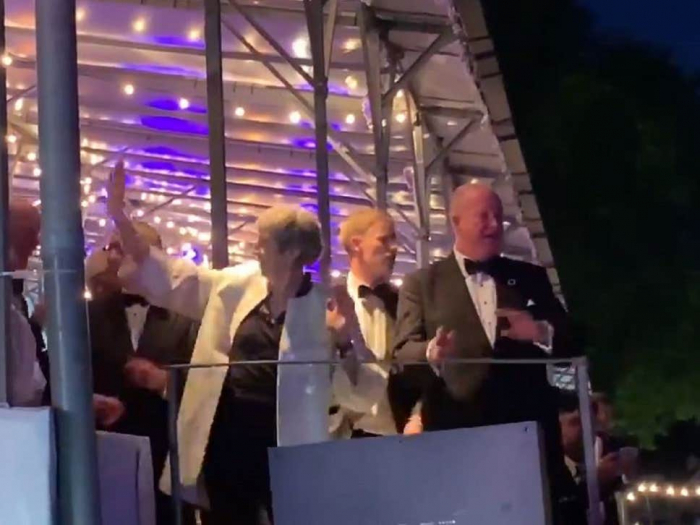 Theresa May was caught on camera dancing to Abba during a busy weekend packed full of events as she prepares to leave office.

The outgoing prime minister appeared more relaxed than she has been in months as she showed off her moves at Henley Festival – a black-tie music event where tickets cost up to £135 a head.


After a difficult three years in office, Ms May let her hair down as she jived and sang along to hits 'Mamma Mia', 'Take A Chance' and 'Money Money Money' performed by tribute band Bjorn Again.

She was also spotted dancing to the classic 'Dancing Queen' – the song she famously walked out to at the Conservative Party conference last year.

Ms May and her husband were attending the festival near her Maidenhead constituency on Saturday evening after watching the women’s singles final from the Royal Box at Wimbledon earlier in the day.

On Sunday she headed to Lord’s to watch England take on New Zealand in the final of the men’s Cricket World Cup.

Ms May’s moves became a subject of media focus after she twice awkwardly danced in front of the cameras on a trip to South Africa and Kenya last summer.

In an interview on Friday, the outgoing prime minister said she would feel “pride” but also “disappointment” at failing to get a Brexit deal through the Commons when she leaves Downing Street in just over a week.

Ms May will hand over the reins to either Boris Johnson or Jeremy Hunt, the two remaining candidates in contest to replace her as Tory leader, when she leaves office on 24 July.