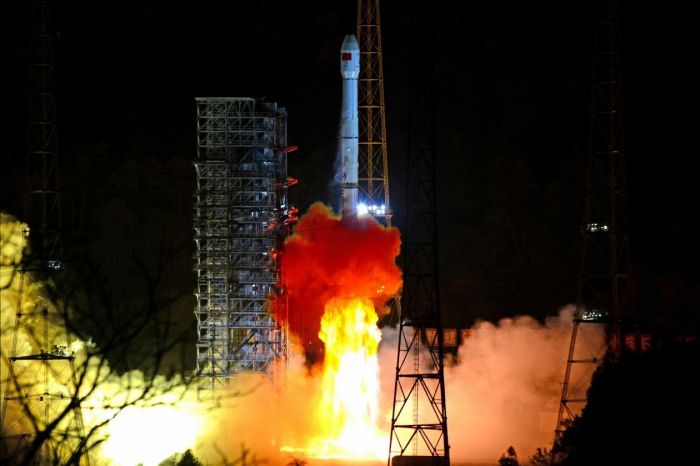 Agricultural biowaste can be converted into fuel for hypersonic missiles and aircraft, according to scientists at the Dalian Institute of Chemical Physics. Hypersonic platforms—which travel at Mach 5 or greater—require high-energy military fuels like JP-10 to achieve those speeds.

“Using agricultural and forestry residues including bran, chaff and mill dust, Professor Zhang Tao, Li Ning and colleagues discovered new chemical processes that can turn the waste to JP-10 fuel on a large scale with unprecedented efficiency,” according to the South China Morning Post.

“The existing JP-10 super-fuel for military aircraft has numerous advantages including high energy density, good thermal stability and low freezing point, but it costs more than $7,000 per ton -- nearly 10 times as much as ordinary jet fuel for commercial aircraft.”

In a paper in a German science journal, the Chinese researchers predicted the cost of the bio-fuel could be as low as $2,547 per ton.

Making JP-10 from crude oil is like “processing diamonds out of dirt,” says one biofuels Web site. But bio-JP-10 can be produced in a process that requires only four to six steps, researchers said. Combined with existing biomass conversion techniques, a bio-JP-10 can be created at the same price as less powerful bio-fuels already in use.

For China, which has developed hypersonic missiles and is working on a new generation of advanced jet fighters, a cheap but powerful fuel made from domestic agriculture rather than imported oil would be welcome. But China isn’t the only nation working on military-grade biofuels. U.S. military research agency DARPA has a program to develop JP-8 aviation fuel from algae, and cellulose derived from municipal waste.

“The bio-derived JP-8 is intended to be a ‘drop-in’ fuel that can be integrated without modification to current fuel storage and engine systems,” according to DARPA’s Web site. “Initial efforts focused on the conversion of crop oil triglycerides to JP-8. Additional efforts expanded the spectrum of convertible feedstock to cellulosic, algal, and other similar materials, enabling a diversified feedstock portfolio that can meet DoD [Department of Defense] needs within a sustainable commercial framework.”

Climate change may be an impetus to developing high-energy biofuels. For example, while demand for commercial air travel is growing, aviation accounts for 11 percent of greenhouse gas emissions in the United States. At the same time, faster airliners are on the horizon: NASA is working to develop a supersonic airliner that is fuel-efficient and doesn’t generate an annoying sonic boom, while Chinese scientists have already conducted wind-tunnel tests of a hypersonic aircraft that they envision as the basis of an airliner that flies from Beijing to New York in a couple of hours.

A powerful aviation biofuel would enable high-speed civil transport while minimizing concerns about environmental damage. Chinese researchers believe that this fuel “can be mass-produced at a price equivalent to that of some of the bio-jet fuels already in commercial use, thanks to government subsidies provided for their environmental benefits.”

“We believe that the future commercialization of bio-JP-10 fuel is very promising, especially taking policy support and exemption from CO2 emission tax into consideration.”