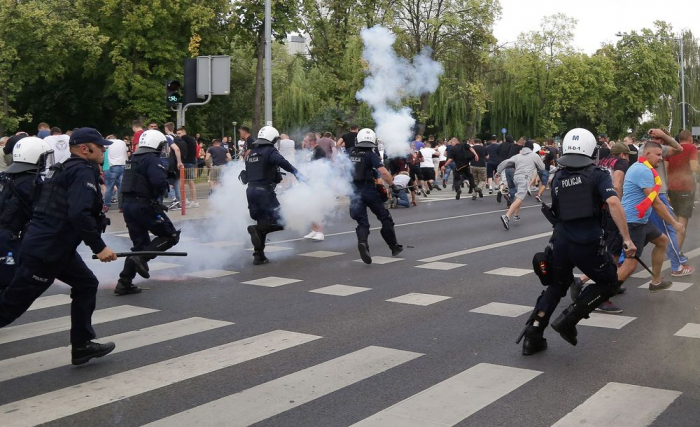 More than 20 people were detained after an attack on participants and police at the first LGBT pride parade in Bialystok in eastern Poland.

Four of the people detained are suspected of offences including threatening police officers and assault, a spokesman for the regional police headquarters told Bloomberg on Sunday. Surveillance-camera footage is being used to identify further suspects, he said.

Some of the 800 pride participants were spat on and kicked, footage in the local media showed. Police were also attacked with bottles and stones and one officer was wounded. Offenders will be punished, Interior Minister Elzbieta Witek said in a twitter post on Sunday.

Gay rights are a polarizing issue in Poland before fall general elections. The ruling Law & Justice Party leader Jaroslaw Kaczynski has warned that the advancement of gay rights is a “grave danger” for family life and the future of the European Union, underscoring a departure from the EU’s liberal, multicultural mainstream.