5 killed in Saudi-led airstrike on market in Yemen's Saada 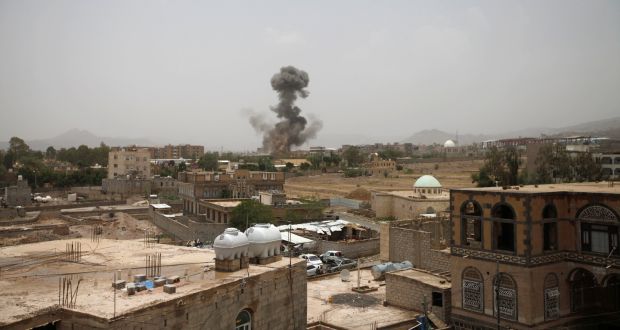 At least five people, including two children, were killed when a Saudi-led coalition airstrike hit a popular market in Yemen's northern province of Saada on Monday, residents and a medic said, Azvision.az reported citing Xinhua.

Dozens of shoppers and sellers were wounded in the airstrike which targeted Al-Thabit popular market in Katabir district in Saada.

"Many are still under the rubble of the burning fruit and vegetable stalls as rescuers continue their search for survivors," a medic in Saada health office told Xinhua by phone on condition of anonymity.