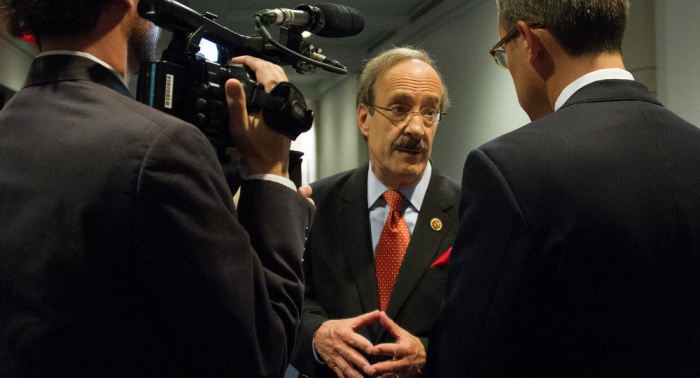 US Senior Democrat Congressman Eliot Engel in a statement called on the House of Representatives to launch an impeachment process against President Donald Trump for obstruction of justice during Special Counsel Robert Mueller's Russia investigation.

"The American people want, and deserve, the truth", Engel said Tuesday. "Mr. Mueller's testimony provided ample evidence that the President committed obstruction of justice, and I believe the House must pursue a formal impeachment inquiry".

Engel said it is Congress' responsibility to address misdemeanors by Trump since Mueller followed Justice Department guidance that a sitting US president cannot be indicted.

In April, Mueller issued a final report on his investigation and said the probe found no evidence of collusion between Trump and his campaign with Russian officials in the run-up to the election. However, Mueller listed 10 instances that could constitute obstruction of justice by the US president.

After reviewing the facts, US Attorney General William Barr said he concluded the evidence provided by Mueller failed to establish that Trump committed an obstruction of justice offense.

Russia has also denied allegations of interference in the US political system, saying they were made up to excuse the election loss of Trump’s opponent Hillary Clinton and deflect public attention from actual instances of election fraud and corruption.