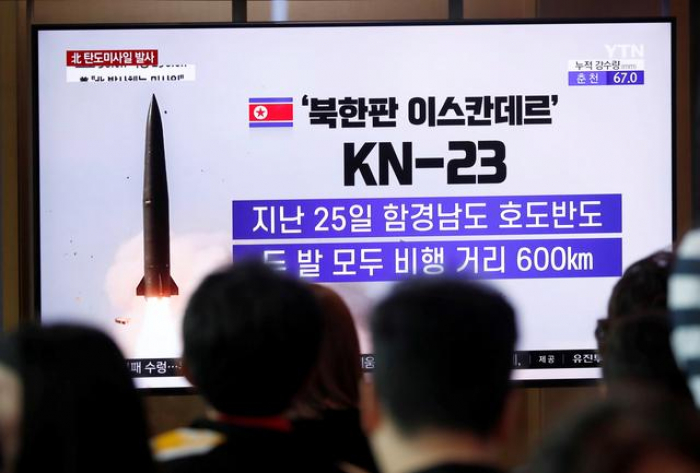 North Korea has carried out a new projectile launch, U.S. officials said on Thursday, adding that initial information indicated it was similar to two other short-range missile tests by Pyongyang in the past eight days, Reuters reports.

U.S. President Donald Trump, who has been hoping to revive denuclearization talks with North Korea, played down the launches when asked about them at the White House, telling reporters he was not worried as they were short-range missiles and “very standard” and he was still open to negotiations.

“We are monitoring the situation in case of additional launches and maintaining a readiness posture,” South Korea’s Yonhap news agency quoted the country’s joint chiefs of staff as saying.

A U.S. official, speaking on condition of anonymity, said at least one projectile was detected that did not pose a threat to North America, although there could have been multiple projectiles.

North Korea fired two short-range ballistic missiles early on Wednesday, only days after it launched two similar missiles on July 25. The tests have come despite a June 30 meeting between North Korean leader Kim Jong Un and Trump at which they agreed to revive stalled talks.

Trump was asked at the White House before setting off for a campaign trip to Ohio if he thought Kim was testing him by carrying out what appeared to be a third missile test in recent days.

Asked if he could still negotiate with Kim, he replied: