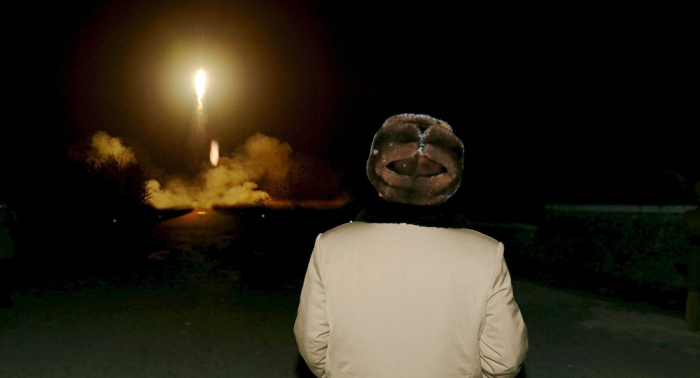 The North Korean leader "guided the test-fire of [a] new weapon again on Friday morning," KCNA reported. "The national defense scientists showed a perfect result in the test-fire, too, and helped cement bigger confidence in this weapon system."

The Friday test was the second in a week and the sixth since July 25. Like previous tests in the series, two rockets were fired into the Sea of Japan. It's unclear which new weapons system was launched, as no intelligence has yet identified the Friday projectiles publicly, but it was either a short-range ballistic missile or a lower-flying maneuverable rocket dubbed by South Korean military leadership as the KN-23 mobile launcher system.

The weapons are more capable of penetrating US and South Korean missile defense systems in the region than typical ballistic missiles, flying too high for Patriot batteries but too low for Terminal High Altitude Area Defense (THAAD) or AEGIS systems to intercept.

Pyongyang has said the tests are in protest of Seoul's participation in war games exercises with the United States, claiming the drills violate a June 2018 agreement between the three nations.