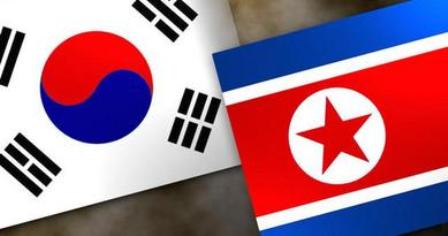 "This is an open denial and an outright challenge to the historic DPRK-U.S. joint statement in which commitments were made to establish new DPRK-U.S. relations and build lasting and durable peace-keeping mechanism on the Korean Peninsula," the KCNA said.

The joint military exercises "are not favorable for building mutual trust and can entail countermeasures by the DPRK as they still take the DPRK for an imaginary enemy" and "may render tense the situation on the Korean Peninsula again," the KCNA quoted some local experts as saying.

It also said that the U.S. government committed to stop the joint military exercises at the Singapore DPRK-U.S. summit, but the United States, together with South Korean authorities, is resorting to the military action to openly put pressure on the DPRK.

"The right answer for removing all the potential and direct threats posed to the security of our state is the constant development of powerful physical means and their deployment for an actual war," the KCNA said.

"The U.S. should keep in mind that our repeated warnings are not hot air," it warned.

The United States has over 28,000 soldiers stationed in South Korea. The joint military exercises conducted by U.S. and South Korean military forces this year kicked off on Aug. 5 and are scheduled to end on Aug. 20.

In an earlier report, the KCNA said that the DPRK top leader Kim Jong Un supervised the "perfect" test-fire of new weapon on Friday morning. It was the sixth round of launches since July 25.

The DPRK on Friday fired two unidentified short-range projectiles off its east coast into the sea, according to South Korea's military.