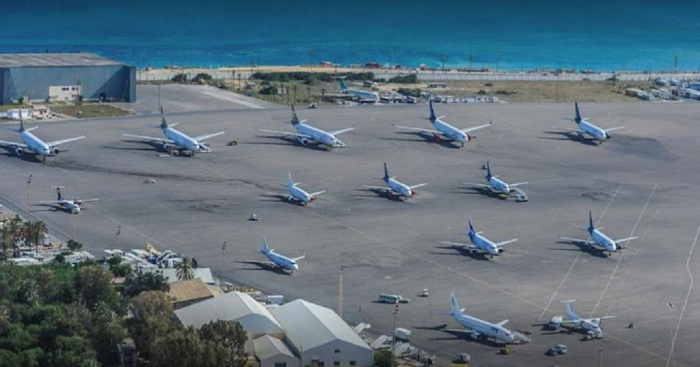 Last week, the eastern-based Libyan National Army (LNA) force said it had twice bombed the airport of Zuwara, a town west of Tripoli, saying it had targeted hangars used by Turkish drones.

The attacks are part of a campaign currently in its fifth month to try to take Tripoli held by the internationally recognized government. The LNA is commanded by Khalifa Haftar allied to a parallel government in the east.

The U.N. Libya mission (UNSMIL) said in a statement it had visited Zuwara airport and found no military infrastructure or assets.

“The Mission renews its condemnation of the attacks conducted by the LNA forces against Zuwara airport, which cause serious damage,” it said, adding that the runway had been damaged.

The LNA also flew late on Saturday several air strikes against an air base in the western city of Misrata, whose forces are helping to defend Tripoli, residents said.

“Three massive explosions could be heard,” said one of them.

The LNA could not be immediately reached for comment.

The LNA has resorted to increased air strikes against Tripoli airport and other targets since its ground campaign has failed to make it beyond southern suburbs of the Libyan capital.

Turkey has supplied the Tripoli forces with drones and trucks to match military support by Egypt and the United Arab Emirates for the LNA, according to diplomats.

The conflict is part of chaos gripping Libya since the toppling of Muammar Gaddafi in 2011.