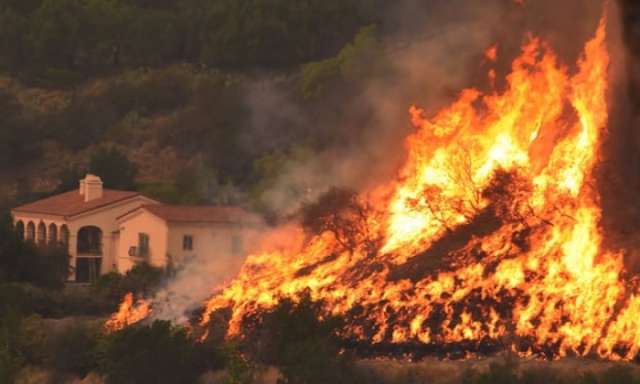 A wildfire in the Canary Islands led to the evacuation of a small town in Gran Canaria island on Saturday, and officials said the blaze had a “great potential” to spread, AzVision.az reports citing Reuters.

The wildfire started in the town of Valleseco, and an emergency area was also declared for the municipalities of Moya and Tejeda. In the latter, most parts of the town of 1,900 inhabitants were evacuated for precautionary reasons and roads were closed, the regional government said.

Seven helicopters, as well as firefighters on the ground, were battling the blaze.

Tejeda was already evacuated last week when another wildfire affected the area.