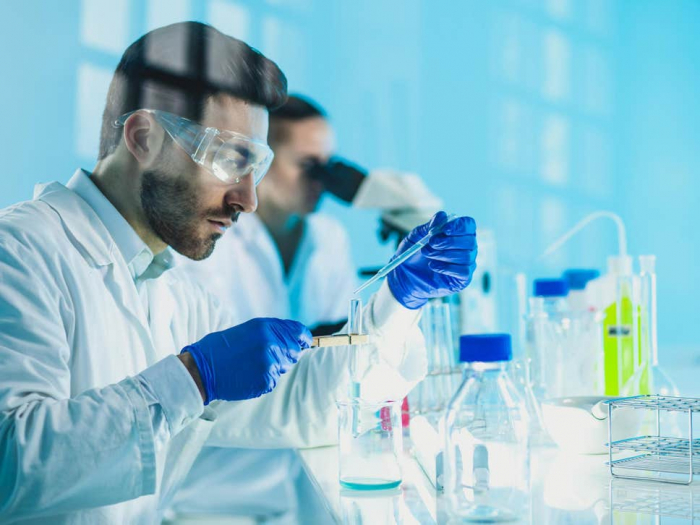 When she joined a trial of new tuberculosis drugs, the dying young woman weighed just 57 pounds.

Stricken with a deadly strain of the disease, she was terrified. Local nurses told her the Johannesburg hospital to which she must be transferred was very far away — and infested with vervet monkeys.

“I cried the whole way in the ambulance,” Tsholofelo Msimango said. “They said I would live with monkeys and the sisters there were not nice and the food was bad and there was no way I would come back.”

The trial she joined was small — it enrolled only 109 patients — but experts are calling the preliminary results groundbreaking. The drug regimen tested on Ms Msimango has shown a 90 per cent success rate against an extensively drug-resistant tuberculosis.

On Wednesday, the Food and Drug Administration (FDA) effectively endorsed the approach, approving the newest of the three drugs used in the regimen. Usually, the World Health Organisation adopts approvals made by the FDA or its European counterpart, meaning the treatment could soon come into use worldwide.

Tuberculosis has now surpassed AIDS as the world’s leading infectious cause of death, and the so-called XDR strain is most lethal. It is resistant to all four families of antibiotics typically used to fight the disease.

Only a tiny fraction of the 10 million people infected by TB each year get this type, but very few of them survive it.

There are about 30,000 cases in more than 100 countries. Three-quarters of those patients die before they even receive a diagnosis, experts believe, and among those who get typical treatment, only 34 per cent get cured.

The treatment itself is extraordinarily difficult. A typical regimen in South Africa requires up to 40 daily pills, taken for up to two years. Other countries rely on even older regimens that include daily injections of antibiotics that can have devastating side effects, including deafness, kidney failure and psychosis.

But in the trial Ms Msimango joined, nicknamed Nix-TB, patients took only five pills a day for six months.

The pills contain just three drugs: pretomanid, bedaquiline and linezolid. Someday, the whole regimen might come in just one pill, as HIV drugs do, one expert said.

Dr Gerald Friedland, one of the discoverers of XDR-TB and now an emeritus professor at Yale’s medical school, called Nix “a wonderful trial” that could revolutionize treatment.In the early years, XDR-TB was a death sentence. Doctors tried every drug they could think of.

“From 2007 to 2014, we threw the kitchen sink at it,’’ said Dr Francesca Conradie of University of the Witwatersrand, Johannesburg, and director of the Nix trial.

The death rate was about 80 per cent. Sometimes the drugs killed patients. In other cases, patients died because they could not tolerate the drugs and stopped taking them.

Tuberculosis germs burrow deep into the lungs and barricade themselves inside clumps of dead cells. Breaking those nodules apart and killing all the bacteria inside requires taking drugs for months.

Nearly all antibiotics cause nausea and diarrhoea. But some, especially the injections, are far tougher on patients.

“Some get hallucinations,” said Dr Pauline Howell, a tuberculosis researcher who runs the Nix trial at Sizwe Tropical Diseases Hospital in Johannesburg, where Ms Msimango was treated. “I had one patient who tried to cut open his skin because he thought bugs were crawling under it.”

The drugs may leave patients in wheelchairs with vertigo, or deaf in just a weekend. Nerves in their feet and hands may wither until they can no longer walk or cook. One of Howell’s patients suffered so much from ringing in the ears that he tried to commit suicide.

Ms Msimango, too, veered close to death because the drugs were too much for her.

When she was 19, she said, she caught drug-resistant TB from another young woman — the temporarily homeless daughter of a friend of her mother who was allowed to stay in Ms Msimango's bed.

“She had not told us that she had drug-resistant TB and had defaulted,” she added, using a common term for dropping out of treatment.

At first, Ms Msimango got her injections at a hospital and took her pills under her mother’s watchful eye. But they made her feel so awful that she secretly spat them out, stuffing them between the sofa cushions when her mother wasn’t looking.

After she defaulted twice herself, she was transferred to Sizwe, where the regimen successfully tested is called BPaL, shorthand for the three drugs it comprises: bedaquiline, pretomanid and linezolid.

Most regimens, Dr Howell explained, rely on two harsh drugs that can destroy bacterial walls and include others that have fewer side effects but only stop TB bacteria from multiplying. BPaL includes "three killer drugs".

But even the new treatment poses hazards. Many weeks of linezolid can cause damage and Nix researchers are investigating the ideal dosage.

The FDA approved bedaquiline in 2012 for use against multi-drug resistant TB (the XDR strain is an even deadlier subset), and in 2015 the WHO followed suit.

FDA advisory committee voted 14-4 to approve pretomanid on Wednesday. But some advocacy groups have argued it has not been tested much.

“Pretomanid looks like a promising drug, but it’s being rushed forward, and we don’t want to see the FDA lower the bar for approval,” Lindsay McKenna, co-director of the tuberculosis project at the Treatment Action Group, said.

Pretomanid is owned by TB Alliance, a nonprofit based in New York that is seeking new treatments.

“Put yourself in a patient’s position,” its president Dr Mel Spigelman. “Offered a choice between three drugs with a 90% cure rate, and 20 or more with less chance of cure — who would consent to randomization?”

Such a trial would cost $30 million (£25 million) and take five more years, he added: “That’s a very poor use of scarce resources.”

Innocent Makamu, 32, was facing two years in the hospital when he chose to join the Nix trial in 2017.

He was on 29 daily pills and a daily injection after being diagnosed with tuberculosis.

At the hospital, he watched two other inpatients wither and die because they could not stick to the regimen. “I thought: ‘There is no survival here.’”

Tests showed he had full-blown XDR-TB. He was transferred to Sizwe and offered a spot in the Nix trial.

He found the possibility of taking only five pills for six months very tempting, and so he volunteered. Within a month, he could tell it was working.

“Then the patients who called us ‘guinea pigs’ — they wished they had taken the research pills,” he said.