Mindfulness 'may help people at risk of Alzheimer's 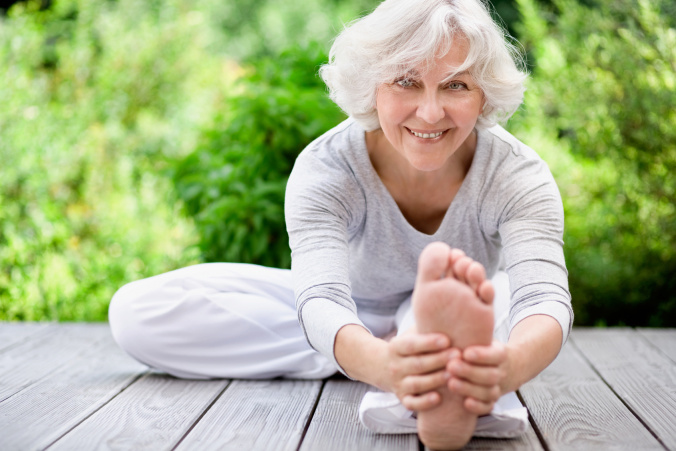 This is defined as minor difficulties with memory and thinking, which increases a person's risk of developing dementia.

After eight weeks, the participants who took part in a meditation-mindfulness course scored better on cognitive tests.

Being present to the world around us is thought to reduce stress. Over the long-term, feeling frazzled can affect the hippocampus in the brain, which is involved in memory and learning.

'Our study showed promising evidence that adults with MCI can learn to practise mindfulness meditation, and by doing so may boost their cognitive reserve.'

MCI affects between five and 20 per cent of people over 65 in the UK, Alzheimer's Society statistics.

And in the US, 15-to-20 per cent of older adults have the condition, according to the Alzheimer's Association.

There is no known way to prevent this, however, past studies suggest lifestyle habits, like exercise, can boost cognition, the researchers wrote in the Journal of Alzheimer's Disease.

Mindfulness-meditation has been linked to improved thinking skills, however, the researchers questioned whether adults with MCI have the 'capacity to learn' the skill.

Mindfulness involves paying more attention to the present moment, including your thoughts, emotions and the world around you. This has been linked to improved mental wellbeing.

The first took part in an eight-week course of mindfulness-meditation and yoga, while the other acted as the control group.

At the end of the eight weeks, the participants took part in interviews to uncover their cognitive abilities.

They also reported improved wellbeing and relaxation. Mood changes are a recognised symptom of dementia.

'While the concept of mindfulness meditation is simple, the practice itself requires complex cognitive processes, discipline and commitment,' Dr Erwin Wells said.

'The participants' comments and ratings showed that most of them were able to learn the key tenets of mindfulness, demonstrating that the memory impairment of MCI does not preclude learning such skills.'

The researchers stress their study was small and may not be reflective of the general population, with two-thirds of the participants being college educated. Higher education may protect against dementia, studies suggest.

Harry Potter star Emma Watson is said to be a fan of mindfulness, as well as actress Angelina Jolie.