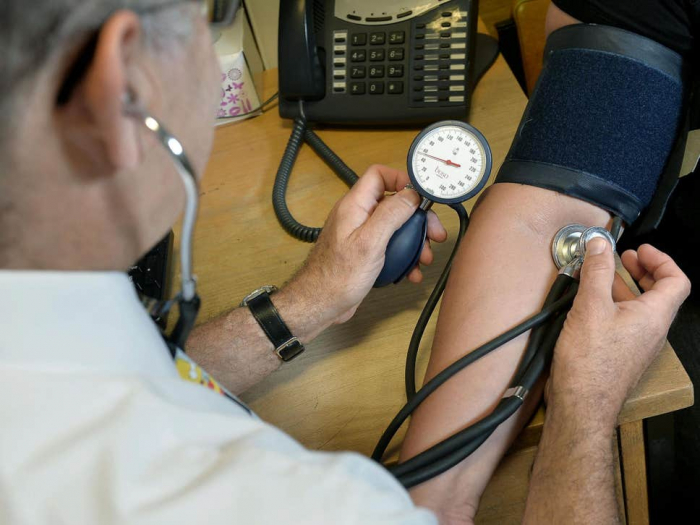 Those whose blood pressure was higher at the age of 53, and had risen more quickly between 43 and 53, were more likely to exhibit damaged blood vessels in the brain in their early 70s, researchers who followed 502 people found.

Scientists scanned the brains of members of the Insight 46 birth cohort – a group of people all born in the same week in 1946 and enrolled in a study designed to identify dementia risk factors.

They were able to use blood pressure measurements taken throughout the cohort’s life to inform their work.

The study, published in The Lancet Neurology journal, further found that faster increases in blood pressure between the ages of 36 and 43 was linked to smaller brain volume – an indicator of brain health.

But the research did not find a link between blood pressure and the amount of amyloid protein – an Alzheimer’s-related substance – nor did it establish the measure as a predictor of memory or cognitive problems.

”This unique group of individuals, who have contributed to research their entire lives, has already shaped our understanding of the factors influencing health throughout life," said Professor Jonathan Schott, from University College London‘s Queen Square Institute of Neurology.

“The Insight 46 study has allowed us to reveal more about the complex relationship between blood pressure and brain health. The findings suggest that blood pressure even in our 30s could have a knock-on effect on brain health four decades later. We now know that damage caused by high blood pressure is unlikely to be driven through the hallmark Alzheimer’s protein amyloid, but through changes in blood vessels and the brain’s architecture.

He added: “The findings show that blood pressure monitoring and interventions aimed at maximising brain health later in life need to be targeted at least by early midlife.”

Dr Karen Doyle, a physiologist from the National University of Ireland Galway, said: “The study clearly implicates high blood pressure as a cause of white matter lesions and smaller brain volume later in life. It also distinguishes between the effect of high blood pressure on two known causes of dementia – small cerebral blood vessel disease is increased with high blood pressure, but there is no significant link to the amyloid pathology of Alzheimer’s disease.

“The Insight 46 participants are only 70 years old in this study – still relatively young. A limitation to this study that is acknowledged by the authors is that the sample is composed of people with fewer health problems than average and is exclusively composed of white people.

“Nevertheless, the overall conclusion that earlier monitoring and intervention to reduce high blood pressure will help to protect the brain as we age, is sound.”