Repeated signals coming to Earth from another galaxy, scientists say 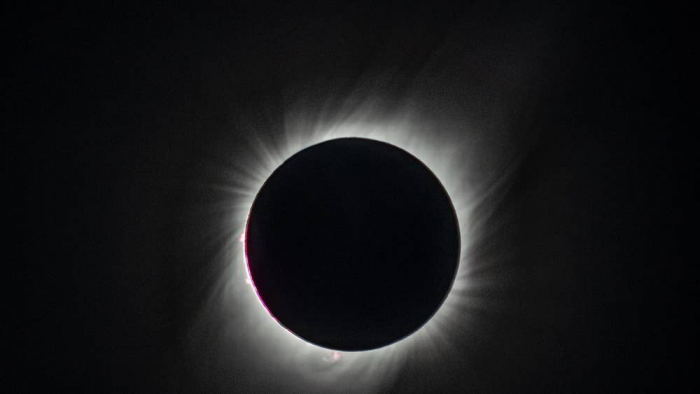 Numerous repeated signals are being sent through the universe to Earth, scientists say.

Researchers have detected eight repeating blasts of energy, or fast radio bursts (FRB), that have been picked up on Earth by telescopes.

The discovery could mark a major breakthrough for researchers as they attempt to discover the source of the mysterious signals.

Scientists found the first FRB in 2007, and have found dozens since. But they have only confirmed two that repeat.

Repeating FRBs are so valuable because they offer researchers the opportunity to predict where they might come from, and study them in more detail. As such, discovering eight more repeating bursts could provide huge value to the researchers who are attempting to find where the bursts are coming from.

That source could be surprisingly close. The researchers suggest that one of the bursts could be coming from a galaxy that neighbours own Milky Way – though caution that further work will need to be done to discover more about the bursts.

The new data comes from the Canadian Hydrogen Intensity Mapping Experiment, a telescope that scientists had hoped would shed new light on FRBs. Now it has done so, with the discovery of eight more that have been described in a new paper published on Arxiv.

Nobody knows where the FRBs are coming from, or what they might be. The profound intensity of the blasts suggests that they are being sent by some extreme event – but that could be anything from a star falling into a black hole to a message being sent through the cosmos by aliens.

To try and understand their source, scientists have searched for more bursts and looked to understand them in better detail when they come. Repeating bursts are likely to be key to that, since they can be examined with so much more clarity.

In addition to the two confirmed bursts, other researchers have reported two more that are yet to have been published in peer-reviewed journals. The new discovery therefore triples the number that have been found and could lead to much more detailed research on where they are coming from.