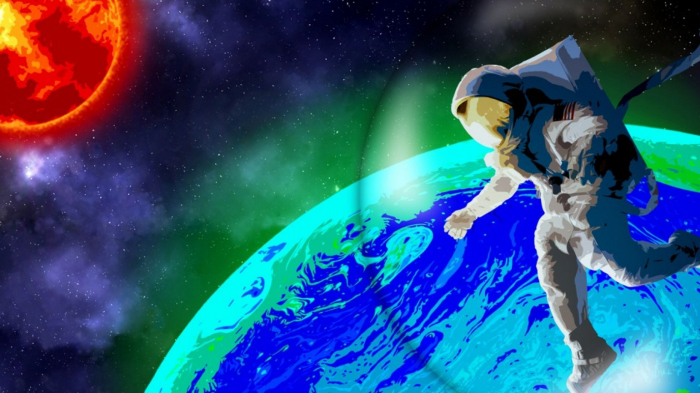 Life on alien planets may produce a protective glow to buffer the dangerous flares of nearby stars.

Stars constantly douse their planets with harsh ultraviolet radiation flares, which could harm any life on a planet's surface. However, some forms of life may have developed a defense against these powerful bursts: a protective glow known as biofluorescence.

"On Earth, there are some undersea coral that use biofluorescence to render the sun's harmful ultraviolet radiation into harmless visible wavelengths, creating a beautiful radiance," Lisa Kaltenegger, an associate professor of astronomy and director of the Carl Sagan Institute at Cornell University, said in a statement. "Maybe such life-forms can exist on other worlds too, leaving us a telltale sign to spot them."

Through the process of photoprotective biofluorescence, ultraviolet rays are absorbed and converted into wavelengths that are longer and safer, which could help life survive on exoplanets that orbit close to red dwarfs, the researchers said.

This means that when a flare from a star hits a planet, it may trigger a temporary fluorescent glow from defensive life-forms, and, in turn, reveal an otherwise-hidden biosphere, the statement said.

In addition, biofluorescence leaves behind a specific signature, which the next generation of Earth- or space-based telescopes may be able to detect, the researchers said.

"This is a completely novel way to search for life in the universe," Jack O'Malley-James, lead author and researcher at the Carl Sagan Institute, said in the statement. "Just imagine an alien world glowing softly in a powerful telescope."