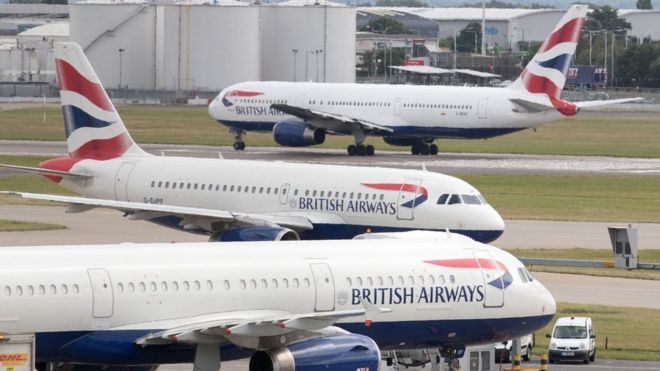 The British Airways strike next month is to cause at least five consecutive days of flight cancellations.

BA pilots announced three days of strikes - taking place on 9, 10 and 27 September - in a dispute over pay.

Despite the first strikes being on 9 and 10 September, some customers flying between the 8th and 12th have been told their flight has been cancelled - and to rebook or get a refund.

However, many people have said they have been unable to get through to BA.

BA said in a statement: "We are doing absolutely everything we can to prevent this unfair action from taking place and ruining our customers' travel plans.

"Airlines have a very complex operation and during times of widespread disruption, there can be knock-on effects onto flights on other days."

Customers have reported receiving emails late on Friday night and in the early hours of Saturday morning informing them their flight had been cancelled.

Many have taken to social media to complain that they have been unable to rebook via the website or get through on BA's phone lines.