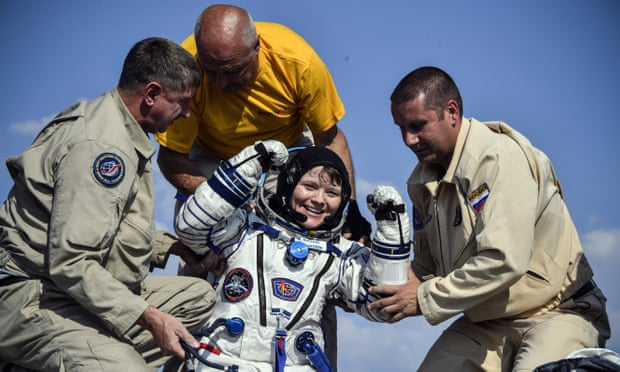 Nasa is investigating a claim that an astronaut accessed the bank account of her estranged partner while she was living on the International Space Station (ISS).

The case appears to be the first allegation of a crime committed in low Earth orbit, according to the New York Times.

Anne McClain acknowledged she accessed the account while she was onboard the ISS but has denied any wrongdoing. Through a lawyer she has insisted she was shepherding the couple’s still-intertwined finances.

McClain has since returned to Earth after completing her six-month mission.

Her estranged spouse, Summer Worden, is said to have filed a complaint with the Federal Trade Commission. According to Worden, her bank account was accessed without her permission from a Nasa-affiliated computer network. A family member also filed a complaint with Nasa’s internal office of inspector general and has accused McClain of identity theft and improper access to Worden’s private financial records, according to the newspaper.

Before their separation, McClain had been helping to raise Worden’s young son from a previous relationship and provided financial support. Her lawyer said she accessed the bank account because she was making sure that the family’s finances were in order and there was enough money to pay bills and care for Worden’s son. She was unaware Worden had requested she no longer access the account.

“She strenuously denies that she did anything improper,” said her lawyer, Rusty Hardin, adding that McClain was “totally cooperating”.

McClain successfully launched on a Soyuz rocket to the ISS on 3 December 2018 and performed her first spacewalk with fellow astronaut Nick Hague in March. She was scheduled to perform a second extravehicular activity on 29 March with Christina Koch, which would have been the first all-female spacewalk but spacesuit sizing issues resulted in this EVA being cancelled. McClain returned to Earth on 24 June.

The five space agencies which are involved in building and running the space station – the US, Russia, Japan, Europe and Canada – have established procedures to handle legal issues that arise when astronauts are orbiting Earth.

However, Mark Sundahl, the director of the Global Space Law Center at Cleveland State University, said he was not aware of any previous allegation of a crime committed in space. NASA officials said it was also unaware of any crimes committed on the space station.