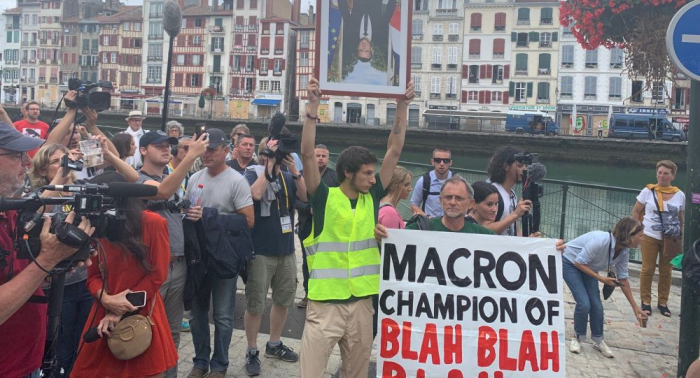 French police detained 19 people in connection with protests near Biarritz, host city of the G7 summit, the Sud-Ouest newspaper reported on Sunday, citing the prefecture of the Atlantic Pyrenees department.

The newspaper noted that 17 of those had been detained on Sunday, mainly for carrying weapons and violence against law enforcement officers.

Earlier, a Sputnik correspondent reported that another protest rally against French President Emmanuel Macron was held in the neighbouring city of Bayonne. People took to the streets with his portraits stolen from city halls of different cities of the country. A march of anti-globalists against the G7 summit also took place in the nearby commune of Hendaye near the border with Spain.

The G7 Summit in Biarritz is held from August 24 to 26 and is accompanied by numerous protests. On Saturday, one of the processions in Bayonne ended in clashes with the police, during which law enforcement officers responded with water cannons and tear gas.