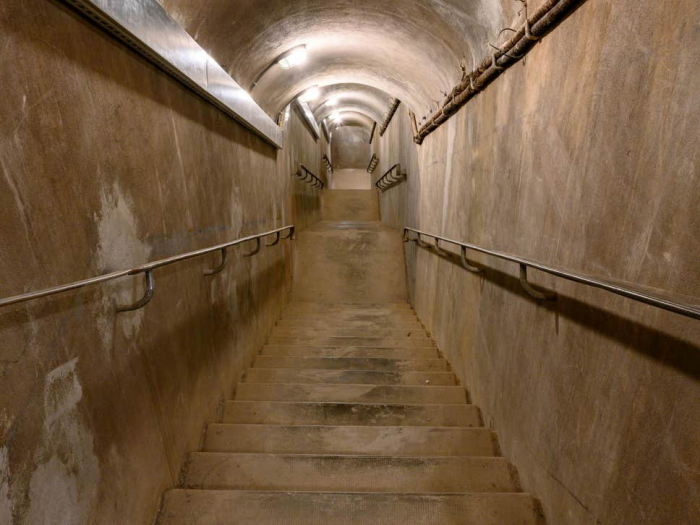 For eight days in August 1944, a disused bomb shelter beneath the streets of Paris became the central command post of the French resistance. Decked out with 250 telephone lines, a bicycle-powered generator and an airtight door, the underground bunker allowed leaders of the resistance to secretly coordinate the liberation of Paris from its Nazi occupiers.

In the 75 years since, this historic space has been largely forgotten by French authorities and Parisians, with the 100 steps leading down to the headquarters sealed off and abandoned after it was no longer needed for the war effort.

But on the anniversary of Paris’s liberation, the former military command post is reopening as a museum to commemorate this dark, chaotic, but ultimately hopeful period of the city’s history.

The unusually long name, the Sorbonne professor explains, is to honour two key figures from the Paris resistance, without whom the Nazi occupation may have continued for months or even years longer. “Each of them kept alive the ‘flame of the resistance’ lit by General de Gaulle’s call to the nation of 18 June 1940,” he says.

Each hero has a separate narrative, with the pair never actually meeting in person. The first, General Leclerc, chose to fight outside France on the battlefields of northern Africa. The second, Jean Moulin, fought his war on and under the streets of Nazi-occupied France.

Two and a half years before the liberation, Moulin parachuted into Nazi-occupied France with a mission to covertly lead resistance efforts.

After successfully uniting several factions of the resistance he was eventually captured by the German occupiers, tortured, and died en route to Berlin in 1943.

His work proved pivotal in softening the city for the arrival of American and French tanks a year later into the city – led by General Leclerc. The avenue the museum now sits on bears the name of Leclerc.

Visitors to the museum will see the telephone lines and bicycle generator that were critical to coordinating the liberation of Paris. But they will also discover hundreds of everyday objects that give a vivid idea of what life was like under occupied rule.

There are ration cards and wooden-soled shoes – a reminder that rubber was in short supply. There is also Leclerc’s walking stick and a box of pastels belonging to Moulin, who worked in an art gallery as cover.

Many of the contents of the museum were formerly kept in an exhibition situated in an unremarkable building at the nearby Montparnasse station.

Now visitors to the renovated bunker will pass by the entrance on the opposite side of the road to Paris’s most popular underground tourist attraction: the catacombs.

The relocation of the museum is thanks to Paris mayor Anne Hidalgo, who hopes the city’s newest underground attraction will honour not just Moulin and Leclerc, but the thousands of soldiers and civilians who lost their lives during Paris liberation.

She says: “Parisians of today and tomorrow will understand the ideals and in some cases the sacrifices of these heroes of the past for the values of the Republic and democracy in which, whatever their loyalties, the liberators of Paris never ceased believing.”