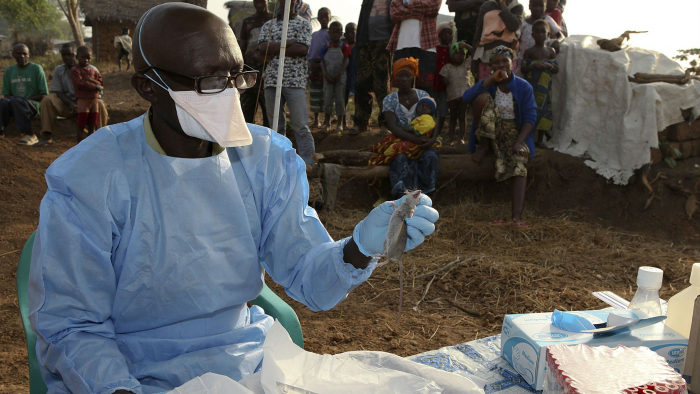 Health authorities in Liberia on Monday declared a health emergency following the outbreak of Lassa fever which has so far claimed 21 lives this year, AzVision.az reported citing Xinhua.

Liberia's chief medical officer Francis Kateh told reporters here that four counties had been so far affected by the disease, a viral hemorrhagic fever caused by the Lassa virus.

"What is more concerning to us is the fact that when health workers that have the authority and have been trained to identify and take care of others are being infected, then that escalates the process to another level," said Kateh.

He said a laboratory technician has also been identified among those killed by the outbreak between January 1 and August 25.

The disease has so far spread across the counties of Nimba, Grand Bassa, Bong, and Grand Kru, the official noted, saying the case fatality rate is 36 percent, and that 56 percent confirmed cases were men.

The situation is alarming and becoming a major issue of concern because it is growing out of the areas identified as "Lassa Belt" in the country.

Usually, the Lassa fever escalates during the dry season in the west African country.

Director-General of the National Public Health Institute Tolbert Nyenswah described the disease as "second Ebola" and called for tougher measures to contain it.

"The Lassa is second Ebola, no need to hide the information. It's better we put the information out there; the situation we're dealing with and how we can prevent it," said Nyenswah.

"It's important that we raise this and let the general public know that there are a couple of things they can do," he added.

Humans usually become infected with the Lassa virus from exposure to urine or feces of infected mastomys rats. Other than common preventive measures such as washing hands regularly, the World Health Organization has recommended keeping cats.