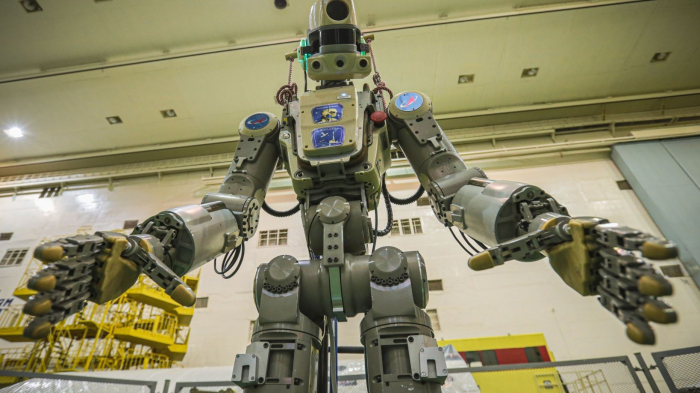 In a blog post, NASA reported that the uncrewed Soyuz MS-14 spacecraft carrying the life-sized robot “is safely back on Earth,” after parachuting to a landing in Kazakhstan at 5:32 p.m. EDT Friday.

Russia’s Roscosmos space agency tweeted footage of the capsule parachuting back to Earth.

Russia’s Roscosmos space agency sent the robot on a mission to the International Space Station on Aug. 22.

The anthropomorphic robot, Skybot F-850, is part of the space agency’s tests of a new rocket that is expected to replace the current vehicle.

Space.com reports that Skybot F-850 is one of the newest versions of Russia’s FEDOR (Final Experimental Demonstration Object) space robots.