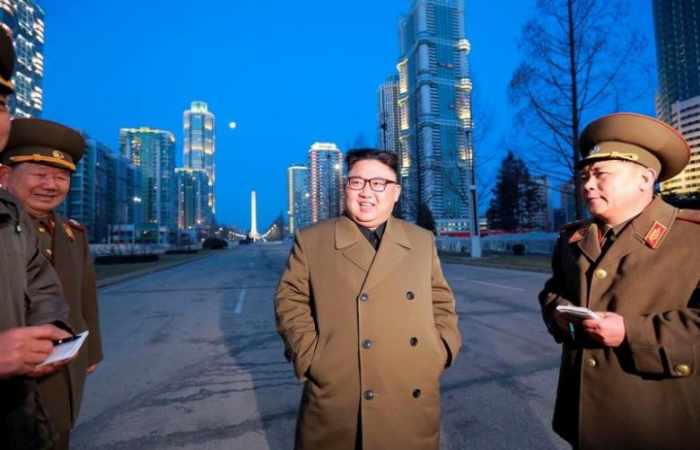 Two short-range projectiles were fired hours after the North indicated a willingness to resume denuclearization talks with the United States later this month.

The projectiles were fired from South Pyongan Province, which surrounds the capital city of Pyongyang, and landed in the waters off North Korea's east coast, South Koreanofficials said.

Kim was accompanied by senior military personnel and officials with the Workers' Party of Korea during the tests, KCNA said. He said the weapons system "has been finally verified in terms of combat operation" and "running fire test" is what remains to be done. It was not clear what such a test would entail.

President Trump has downplayed a slew of recent weapons tests by the North this year. The latest was the tenth such launch since May. He has said the short-range firings do not violate any agreements.

Before Tuesday's launchings, North Korean officials said they would be willing to restart denuclearization negotiations with American officials.

Talks between Trump and Kim fell apart in February when Trump rejected Kim's demand for sanctions relief in exchange for partial denuclearization.