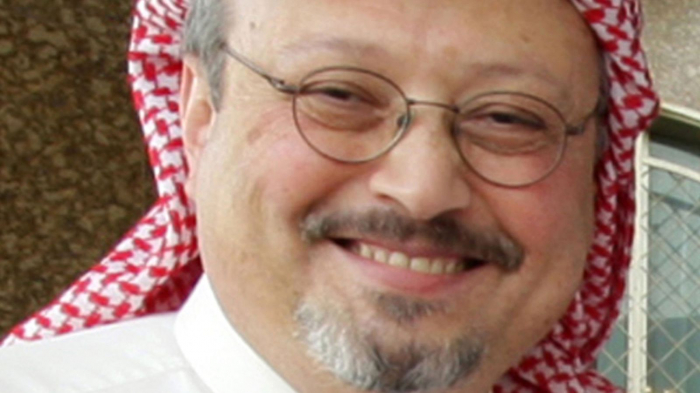 The journalist was murdered by a Saudi hit squad while in the country's consulate in Turkey getting marriage documents.

Jamal Khashoggi's final words were a plea to his killers not to cover his mouth because he suffered from asthma and could suffocate, according to a report.

The Saudi journalist was killed and dismembered by a Saudi hit squad at the Saudi Consulate in Istanbul on 2 October last year.

Mr Khashoggi, a Saudi dissident and US resident, had been visiting the consulate to obtain documents he needed to get married. He was killed soon after entering the building.

Recordings made before and during the killing were obtained by Turkish intelligence authorities and published on Monday by Turkish newspaper the Daily Sabah.

According to the report, in the moments before he was killed Mr Khashoggi had pleaded: "Don't cover my mouth. I have asthma, don't do it. You'll suffocate me."

Included in the transcript are gruesome discussions of how Mr Khashoggi would be killed and his body sawed into pieces. 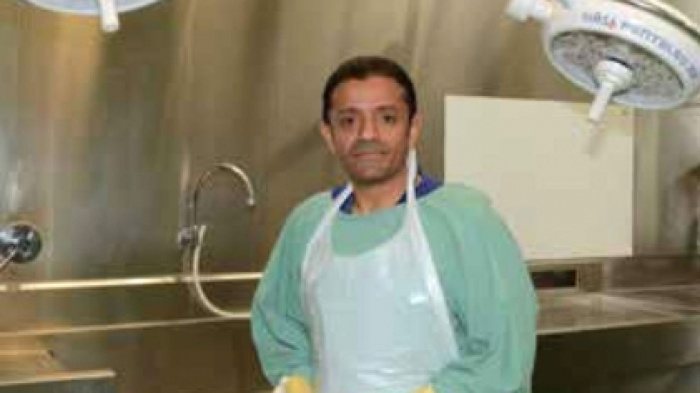 Minutes before the journalist arrived at the consulate, Dr Salah Muhammed Al-Tubaigy, the head of forensic evidence at the Saudi General Security Department, was recorded saying: "Actually, I've always worked on cadavers. I know how to cut very well. I have never worked on a warm body though, but I'll also manage that easily.

"I normally put on my earphones and listen to music when I cut cadavers. In the meantime, I sip on my coffee and smoke.

"After I dismember it, you will wrap the parts into plastic bags, put them in suitcases and take them out." 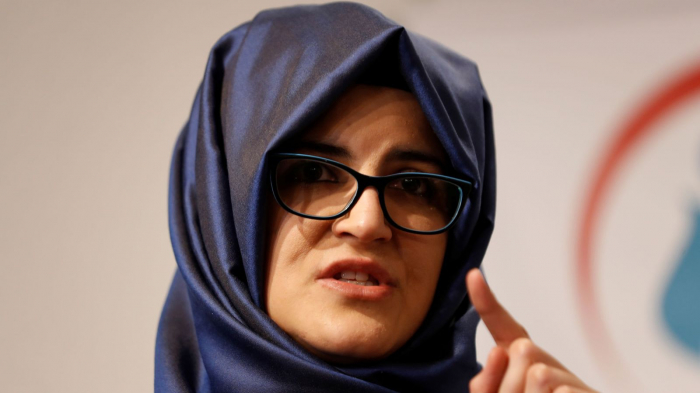 When Mr Khashoggi arrived at the consulate he was politely invited to an office on the second floor but he became suspicious and was pulled by the arm as he said: "Let me go, what do you think you're doing?"

When Mr Khashoggi was in the room with his killers, Maher Mutreb, a senior Saudi intelligence officer and the bodyguard of Saudi Crown Prince Mohammed bin Salman, told him he must be returned to the Saudi capital Riyadh.

Mutreb said: "Please sit. We have to take you back [to Riyadh]. There is an order from Interpol. Interpol demanded you be returned. We are here to take you."

Mr Khashoggi responded: "There are no lawsuits against me. My fiancee is waiting outside for me."

Later he was told to write a message to his son telling him not to worry if he is not heard from but he said: "I will write nothing". 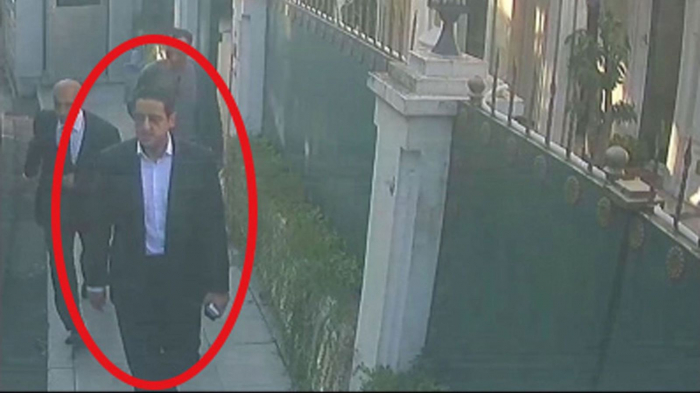 Surveillance footage of a man, reportedly Mutreb, at the consulate entrance

Mutreb was later heard saying: "Help us, so that we can help you. Because in the end, we will take you to Saudi Arabia and if you don't help us, you know what will happen in the end."

Mr Khashoggi said: "There is a towel here. Will you have me drugged?"

Mutreb replied: "We will put you to sleep."

After Mr Khashoggi was drugged and suffocated, his body was cut into pieces, a process that lasted about 30 minutes in the recording. 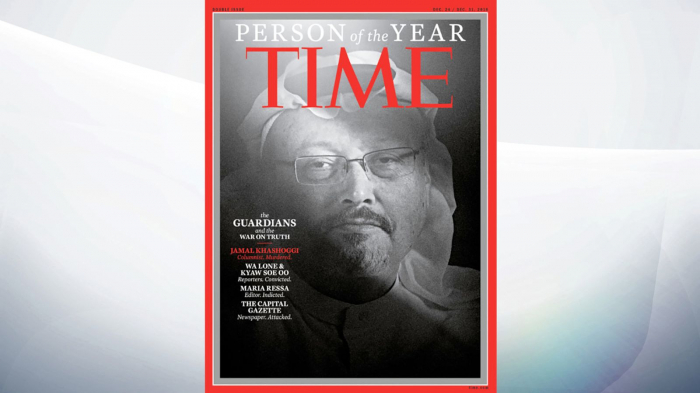 Jamal Khashoggi was named Time Person of the Year

Some of the details were in a United Nations report on the murder, which was released in June.

The report blamed the Saudi state for the killing, saying that Crown Prince Mohammed bin Salman's possible role should also be examined.

Saudi Arabia had offered a number of different explanations for what had happened but eventually settled on blaming rogue officials during a brawl in the consulate.

Eleven people are being tried in private proceedings inside the kingdom.