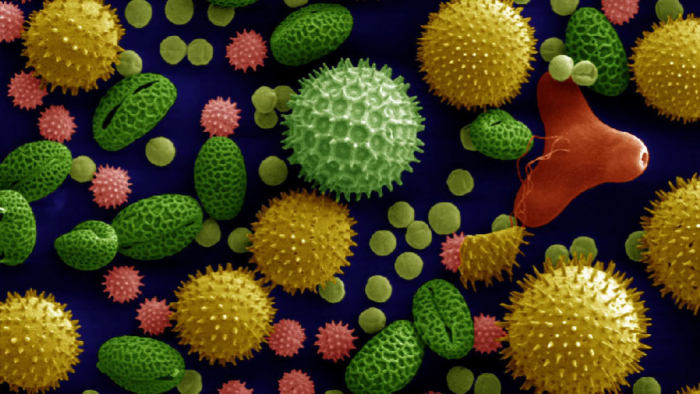 Even if a criminal doesn’t leave behind fingerprints or DNA, detectives need not worry. Crime scenes are peppered with other clues — pollen and spores — that can trip up even the most careful crooks.

These clues are central to forensic ecology, in which scientists analyze biological material to help detectives solve crimes. In The Nature of Life and Death, botanist Patricia Wiltshire lays out the science underlying the discipline — which she helped pioneer in the United Kingdom — as she chronicles some of her most memorable cases of the last 20 or so years.

Early in her career, Wiltshire used the power of pollen and spores to analyze archaeological sites. The qualities that make these particles useful for studying the past also make them useful for solving crimes. The particles’ natural polymers can be long-lasting, and in certain conditions, pollen and spores persist longer than other forms of evidence, even for thousands of years.

More important for detectives, these biological bits are often as distinctive as the plants and fungi that make them, providing telltale clues of where a crime has happened or where a criminal has been. In part because of their minuscule size, pollen and spores are particularly susceptible to static electricity, doggedly clinging to the clothing and hair of victims and perpetrators alike. Criminals often don’t even realize they’re covered in the tiny particles.

The combination of pollen and spores at a site can be as distinct as a fingerprint, especially when dealing with rare plants or fungi, or pollen that isn’t spread far and wide by the wind, Wiltshire explains. By studying the material, she has, for example, determined where and during which season crimes have occurred. In one murder case, Wiltshire used pollen and spores from a gardening tool, the tennis shoes of the murderer and the foot pedals of the victim’s car to identify the woodland locale in northern England where the victim’s body had been dumped.

The same sorts of clues can also help police narrow down where a sexual assault has happened and how the crime unfolded, thus bolstering a victim’s claim or exonerating the wrongly accused. Fascinating through and through, the tales Wiltshire shares are worthy of any true-crime novel or TV drama such as NCIS.