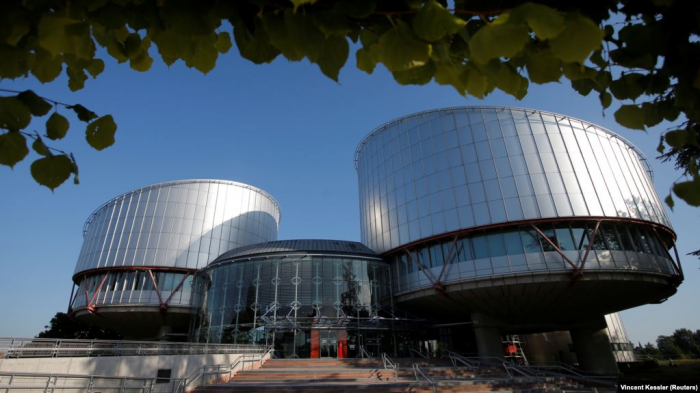 A one-day public hearing was held on September 11 in Ukraine’s case against Russia for its alleged human rights abuses in Crimea.

The European Court of Human Rights (ECHR) in Strasbourg is being asked to rule, among other issues, whether Russia effectively controlled the Ukrainian territory before the State Duma on March 20, 2014 ratified a treaty that Russian President Vladimir Putin signed as part of the annexation process.

Kyiv insists Moscow controlled the peninsula since February 27, 2014 and that Russian forces tortured and killed police as well as civilians, allegations that Moscow denies.

Other atrocities of which Kyiv accuses Russia include harassment and intimidation of priests and journalists, which the Kremlin also denies.

Speaking first at the hearing, Russian Deputy Justice Minister Mikhail Galperin said at the time of Crimea’s takeover, Ukraine lacked a constitutionally legitimate government and the country was run by “fascists” who don’t tolerate “minority languages,” he said referring to Russian.

Galperin acknowledged there were Russian soldiers in Ukraine’s Crimean Peninsula at the time Moscow took it over, but in numbers that were prescribed by the 1997 Black Sea fleet agreement.

Any evidence Kyiv presented on human rights abuses is unreliable and taken from “third-party sources” and not from on-the-ground monitoring, he said.

Galperin warned the court of opening a Pandora’s box of politically motivated cases, which could lead to the ECHR being flooded with many more in the future.

“Ukraine’s written submissions are defective in many ways because they’re political” and are based “more on propaganda than direct evidence,” Galperin said.

Ukraine dismissed Galperin's arguments that it didn’t commit atrocities in Crimea by pointing to independent findings from the United Nations that corroborate Kyiv’s allegations.

Ben Emmerson, a British lawyer on Ukraine's legal team, said Russia didn’t allow investigators into Crimea, which is why more witness testimony wasn’t available. He cited a report by the UN Office of the High Commissioner for Human Rights regarding human rights violations, including the torture of Ukrainian officers using electric shocks and knives.

“There is serious and credible evidence that requires serious investigation and [it] more than meets the admissibility threshold,” Emmerson said.

Ukraine has filed four more cases with the ECHR against Russia. For simplification, the court has separated cases relating to Crimea and Donbas in eastern Ukraine where a Russian-backed separatist conflict is being waged.

An ECHR ruling wasn’t expected on September 11 and won’t be delivered until the court finishes deliberating.