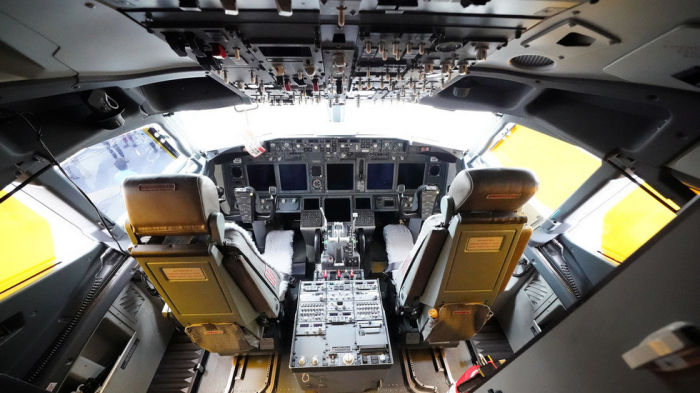 A spilled cup of coffee in the cockpit of a passenger plane could have had drastic consequences as buttons began to melt and smoke filled the flight deck, forcing the pilot to perform a swift U-turn halfway across the Atlantic.

The Airbus A330-243 was travelling from Frankfurt, Germany, to Cancun, Mexico, with 326 passengers on board when the dramatic incident happened in February. The jet was west of Ireland flying over the North Atlantic Ocean when a pilot’s coffee was knocked into the jet’s control panel.

The AAIB report provided photos of the type of cup holder in the cockpit, and the control panels damaged.
The plane’s public address system immediately failed and approximately 40 minutes later the control panel became very hot and the cockpit was filled with a burning electrical smell, the Air Accident Investigations Branch (AAIB) reports.

Another twenty minutes after that the unit became so hot that buttons began to melt, however at this stage the jet was almost halfway across the Atlantic. The pilot, who had more than 13,000 hours of experience, then decided that the plane had to turn around and diverted to Shannon, Ireland.

The plane landed in Shannon without further incident and, despite the pilots having to use oxygen masks, no other harm was caused and there were no injuries.

The AAIB report notes that the flight crew did not like using the cockpit’s cup holders as they found them difficult to use with small cups.

In the aftermath of the episode the flight operator, Condor, changed their procedure to ensure that cup lids are provided for flights on all routes.

A spokesperson for the airline said the diversion was a “precautionary measure due to a minor amount of smoke in the cockpit.”

“We have comprehensively investigated this incident and reviewed the procedures of liquids in the cockpit. Our crews were reminded of [the need for] careful handling as well as to use appropriate containers for their water or coffee,” the spokesperson added. The airline also apologized to passengers for the inconvenience they suffered.

All for the want of an acceptable cup holder.