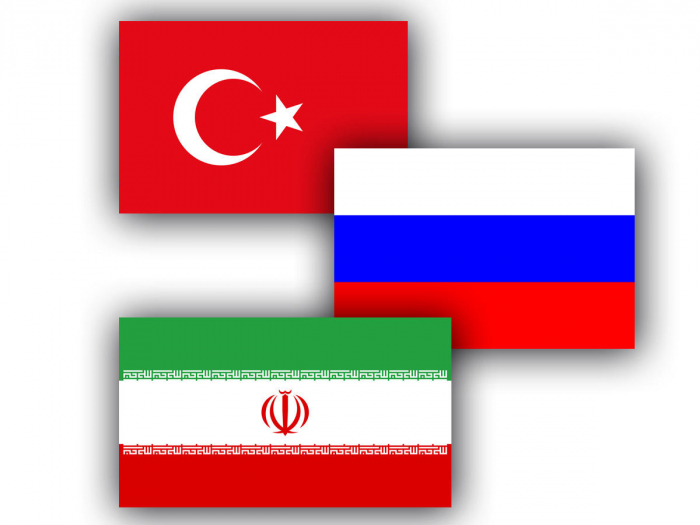 Turkey, Russia and Iran will gather for a trilateral summit on Monday as a follow-up of the landmark Astana talks on Syria, AzVision.az reports citing Anadolu Agency.

The summit in the Turkish capital Ankara will deal with developments in Idlib, refugees and a political solution to the lingering conflict in Syria.

“It is aimed to evaluate the developments in Syria, especially in Idlib, to end the conflict environment, to provide the necessary conditions for the voluntary repatriation of refugees and to consult the joint steps to be taken in the future in order to establish a permanent political solution,” the Turkish presidency said in a statement.

The Astana peace process aimed at ending the Syrian conflict was launched in January 2017 by Russia, Iran and Turkey. So far 13 rounds of talks have been conducted in Astana, Kazakhstan.

Turkey and Russia agreed last September to turn Idlib into a de-escalation zone where acts of aggression are expressly prohibited.

The Syrian regime and its allies, however, have consistently broken the terms of the cease-fire, launching frequent attacks inside the de-escalation zone.

The zone is currently inhabited by about 4 million civilians, including hundreds of thousands of people displaced in recent years by regime forces from cities and towns throughout the war-weary country.