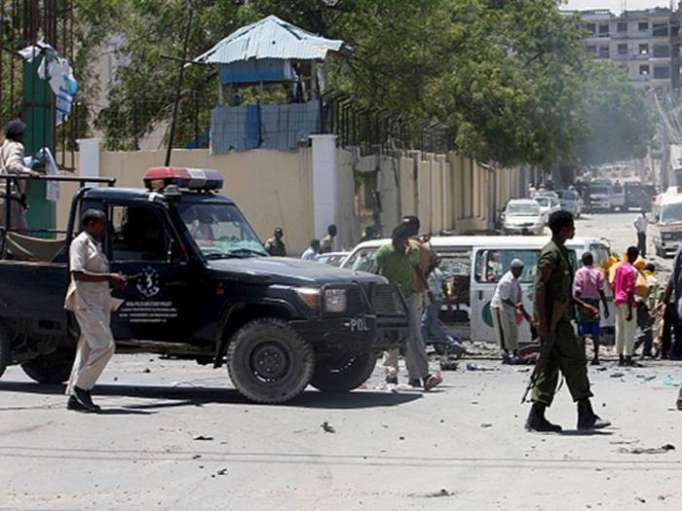 Nine people were killed and six others injured in a counter offensive between government forces and al-Shabab militants on Saturday evening in Qoryoley town of Somalia's Lower Shabelle region, an official said, Xinhua reports.

Said Ali Ibrahim, governor of Qoryoley said al-Shabab fighters first launched mortar shells on a base used by government forces in Qoryoley but they were repulsed.

"The militants attacked the base twice but our forces fought them back bravely and held them back. A number of residents suffered casualties during the attack. Nine people were killed and six others wounded," the officer said.

He noted that their forces are now in control of the town denying the militants' claim that they captured the town. Locals said there was a fierce fight in the town.

"Al-Shabab engaged government forces in Qoryoley by shelling the village. The African Union Mission in Somalia forces also responded by firing back mortals on the militants' site, many people were killed and many others injured," Lul Elmi, a resident told Xinhua by phone.

The latest attack came barely a day after three people including a local government official were killed in a landmine attack on the road linking Jowhar and Balad towns in the country's southern region of middle Shabelle.