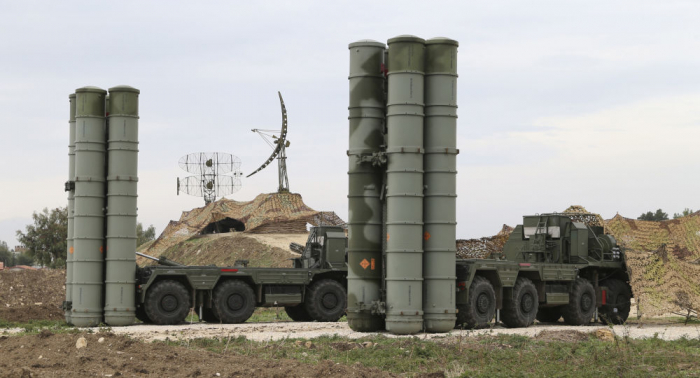 Russia has been stepping up its military, trade and exploration activities in the Arctic by building transport and energy infrastructure and developing the Northern Sea Route as part of the Arctic’s Northern Passage, which links Europe and Asia, AzVision.az reports citing Sputnik.

The press service of the Russian Northern Fleet said Monday that the country's military had deployed new S-400 Triumph systems on the Novaya Zemlya archipelago in the Arctic.

"The air defence regiment of the Russian Northern Fleet deployed on Yuzhny island of the Novaya Zemlya archipelago has been completely reequipped with new S-400 systems," the statement reads.

The personnel has been re-trained to be able to use the newest systems; it had previously used S-300 systems.

The newest air defence systems increase the aerial zone in the region that falls under the control of our military," the statement notes.

While Russia has been stepping up its military, trade and exploration activities in the region, its activities there have been criticised by some countries, including the United States. Responding to criticism, Russian Foreign Minister Sergei Lavrov said that Moscow isn't threatening anyone, noting that it only acts to ensure sufficient capabilities for defence.

In a move to avoid conflict in the Arctic, the major powers in the region, namely Canada, Denmark, Finland, Iceland, Norway, Russia, Sweden and the United States, have established the Arctic Council, an intergovernmental cooperation forum. It convenes every six months at the level of senior Arctic officials and also holds biennial ministerial meetings.