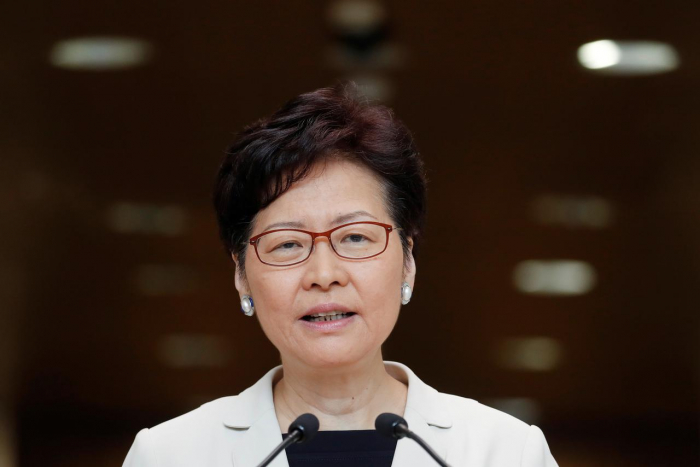 Hong Kong’s leader said on Tuesday that she would engage directly with her governing team in a dialogue with the community next week, while reiterating calls for an end to the violence that has roiled the city for over three months, AzVision.az reports citing Reuters.

Carrie Lam said the first session of a dialogue would be held next week, adding added the sessions would be as open as possible, with members of the public able to sign up to attend.

The protest movement opposing a contentious extradition bill that would have allowed individuals convicted of a crime in China to be sent there for trial has since morphed into a broader anti-government movement pushing for greater freedom and democracy in the China-ruled city.

Lam, after months of pressure, finally capitulated to one of the protesters’ demands in announcing a full withdrawal of the extradition bill on September 4, with Beijing’s support.

“The problems go well beyond the bill,” Lam told reporters, including housing and land shortages in one of the world’s most densely populated cities of 7.4 million.

But some said this was too little, too late, and the protests have continued with violent clashes over the weekend, fuelled in part by widespread public anger towards perceived police brutality and abuse of power.

Over 1400 people have been arrested by the police so far.