Ozone Hole over Antarctica could be smallest in 30 years 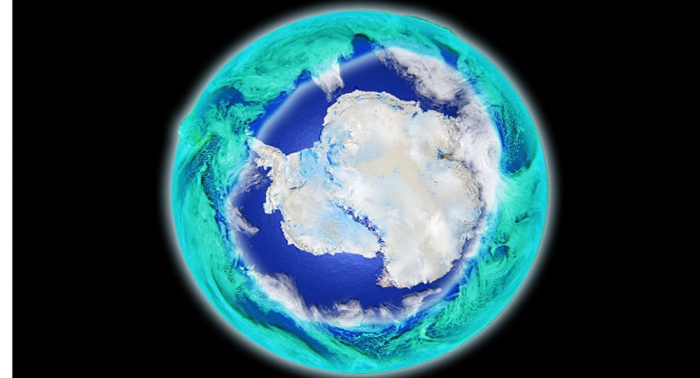 In spite of climate change, environmental news isn’t all bad. In a positive twist of events, the ozone hole above Antarctica this year could be one of the smallest recorded in the last 30 years.

According to the US National Oceanic and Atmospheric Administration, “the severe depletion of stratospheric ozone in late winter and early spring in the Antarctic is known as the ‘ozone hole.’ The ozone hole first appeared over Antarctica because atmospheric and chemical conditions unique to this region increase the effectiveness of ozone destruction by reactive halogen gases.” The ozone hole above Antarctica thus refers to reductions in ozone concentrations in the Earth’s stratosphere, the second-closest layer of the atmosphere to the planet.

“Normally, when sunlight returns to the polar region after the Antarctic winter, chemicals formed in the vortex during the polar night initiate rapid destruction of ozone,” the Copernicus Atmosphere Monitoring Services (CAMS), a weather service implemented by the European Center for Medium-Range Weather Forecasts, explains.

In a September 9 press release, CAMS found that the ozone hole above Antarctica “could have the smallest area of any Antarctic ozone hole since the mid-[1980s].”

“This year, cold air with low ozone levels has been mixing with warmer, more ozone-rich air from outside the vortex, which is likely diluting and deactivating a fraction of the ozone-depleting chemicals inside the vortex. This results in less potential for fast ozone destruction when the springtime sun arrives over Antarctica,” CAMS explained.

According to the press release, the Antarctic ozone hole begins taking form in August and reaches its maximum size in October. The hole typically closes in December. However, this month, the cold air conditions that usually cause ozone destruction have instead been replaced by warmer temperatures.

“We see a lot of variability in the ozone hole from year to year, for example in 2017 it was quite small, then in 2018 it was deeper and longer-lived. However, this year’s activity is extremely unusual; the last time something so abnormal was seen was in 2002, when the ozone hole actually broke into two very distinct parts,” CAMS Senior Scientist Antje Inness explained in the press release.