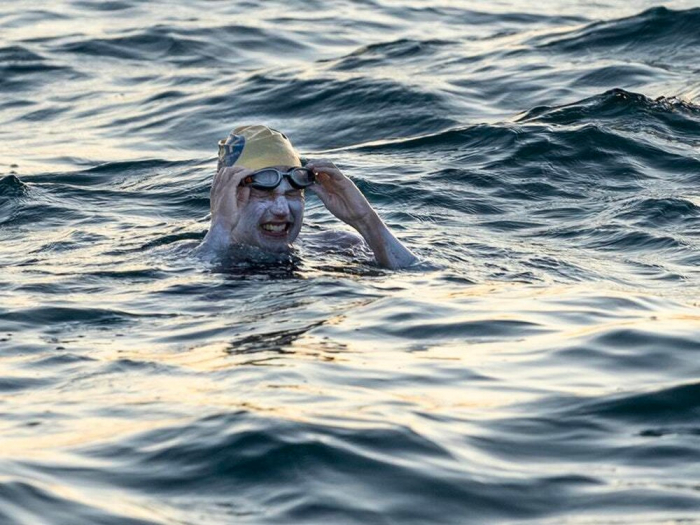 An American woman has become the first person to swim the English Channel four times non-stop.

Sarah Thomas, 37, began the epic challenge in the early hours of Sunday and finished after more than 54 hours.

The open water ultra marathon swimmer - who completed treatment for breast cancer a year ago - dedicated her swim to "all the survivors out there".

Ms Thomas was pushed back by strong tides on the final leg but finished on Tuesday at about 06:30 BST.

Only four swimmers had previously crossed the Channel three times without stopping. Before Ms Thomas no-one had ever completed a fourth leg.

Last year she had treatment for breast cancer and her support team said she "used the swimming as her means of coping with the treatment".

The swim was due to last about 80 miles but because of the tides Ms Thomas ended up swimming closer to 130 miles.

Official observer Kevin Murphy said: "It is a triumph, she has tested the limits of endurance.

"It is amazing, absolutely inspirational. At the end we were very emotional."

She completed her first open-water event in 2007 and first swam across the Channel in 2012 and then again in 2016.

On the eve of the swim, on Saturday night, she admitted in a Facebook post that she was "scared" by the challenge.

She added: "I've been waiting for this swim for over two years now and have fought so hard to get here.