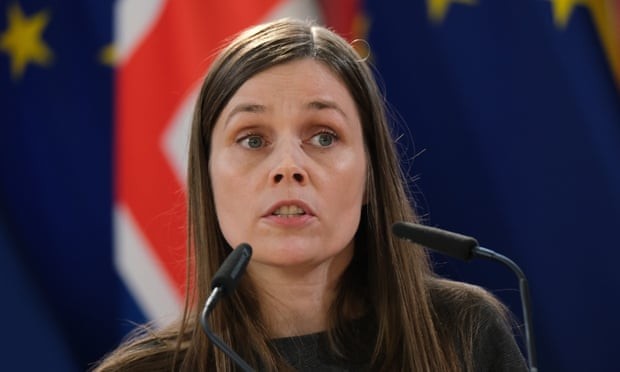 The first major international conference exploring the #MeToo movement is taking place in Reykjavik on Tuesday, hosted by the Icelandic prime minister, who said she hoped it would contribute to “relegating sexual harassment to history”, the Guardian reports.

The three-day gathering will explore why the movement first gained traction, and the effect it has had across different countries and sectors. Women with disabilities, care workers and migrant women whose voices have not typically been heard since the movement began as a hashtag in October 2017 will be among the participants from around the world to share their stories, and discuss how to keep up the momentum to tackle sexual abuse and assault.

The prime minister, Katrín Jakobsdóttir, told the Guardian that the conference was intended to “create a platform for an international and in-depth conversation about the impact and the future of #MeToo”.

She added: “The movement revealed epidemic levels of sexual and gender-based harassment and abuse that women across society and the world are exposed to. We owe it to all those women, to the women who couldn’t speak up and to future generations, to create policies and push for transformative change, so that the realities unveiled by #MeToo will soon belong to the history books.”

Halla Gunnarsdóttir, the Icelandic government’s adviser on gender equality, and one of the main organisers of the conference, said #MeToo Moving Forward would analyse what it revealed about different countries, including the USA and Britain, where it has been explosive since the emergence of sexual abuse allegations against the film producer Harvey Weinstein, which he denies, as well as in the Nordic countries where it has dominated headlines.

The conference organisers hoped to produce a communique of concrete proposals “if and when we come up with them,” she said.

“We want to expand the conversation, to listen to the voices we haven’t yet heard, including those with more insecure employment whose status might have affected their ability to file a complaint, including women in low-skilled, low-paid professions, care workers, domestic workers, migrant workers, disabled women, who have often not been able to organise themselves in the same way that others have.

“We want to look at the themes that run across these groups, including consent, justice and the backlash.”

The idea for the conference started 18 months ago as “a tiny idea in my head,” Halla said. Invitations were sent out to a range of potential speakers with 50 originally expected to attend. “But almost everyone we asked said yes, so it’s much bigger than we expected with people telling us they welcomed the possibility to discuss this, and just this, in a concentrated way over three days.”

More than 800 participants have registered to attend – almost twice as many as expected. It is free of charge, and panel discussions will be livestreamed.

#MeToo Moving Forward is taking place under the auspices of the Nordic Council of Ministers, the presidency of which Iceland currently holds. Women’s rights have long been at the heart of the politics of Katrín, who became Iceland’s second female prime minister almost two years ago. It is also core part of the Left-Green movement to which she belongs.

Halla said surprise had been expressed that Iceland, like all Nordic countries often viewed as exemplary for its social welfare policies, was choosing to host the event, after the most publicised #MeToo scandals had taken place in the USA and Britain.

“We felt that we’re obliged to hold it. Iceland is often seen as the number one in the world, receiving constant recognition for its strong welfare system and equal rights and held up as a gender equality utopia. But we thought: ‘If this is as good as it gets it’s not good, is it?’” she said.

#MeToo had revealed many cases of systemic harassment in non-unionised jobs in Iceland, she said, and thousands of women had taken to Facebook to share their stories. “We had hoped it did not happen here, until we started talking about it and found out it did,” she said.

In Sweden the focus has mainly been on the Swedish Academy, home to the Nobel prize, which was beset with sexual harassment claims involving its former head. Sex workers in Sweden have also been among those to speak out. In Norway, the #MeToo revelations have largely played out in the political world.

“What #MeToo did was to bring the conversation into every lunch-break in every office, where everyone started talking about what happened to them and sharing their stories, it suddenly opened a Pandora’s box,” Halla said.

“But we’re still looking into what #MeToo actually is. Is it a revolution? A subversion? Just a small window of opportunity, or something bigger? What I’m hoping is that this conference helps to keep the momentum going, and if there’s a backlash that it helps us to challenge that backlash.”