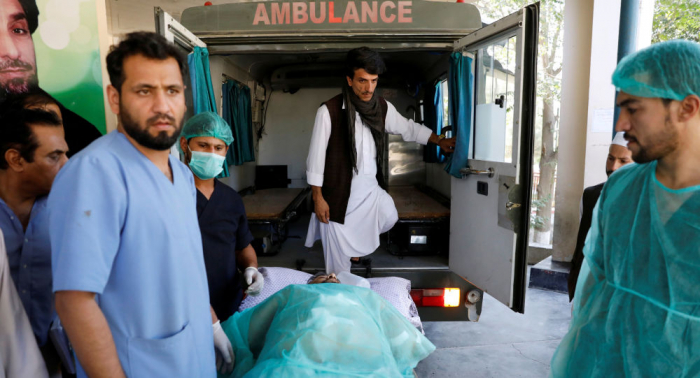 An explosion, perpetrated by four attackers, rocked the city of Jalalabad in eastern Afghanistan on Wednesday, the police chief and the provincial authorities stated.

"Incidentally, a suicide bomber attacked the electronic ID centre in Jalalabad city around 3:30 p.m. this afternoon [11:00 GMT]. Security forces have reached the centre to rescue workers and eliminate the threat", Ataullah Khogyany, the spokesman for the governor of Nangarhar province, said in a statement.

Eyewitnesses in the area said that there were four attackers — one person detonated the explosive device and three others entered the electronic ID centre.

One policeman and five employees were injured, the Nangarhar Health Department said.

​Since early September, terrorists have conducted a number of deadly attacks in Afghanistan amid promises to disrupt the presidential vote, scheduled for 28 September. The Afghan authorities have launched special operations to eliminate security threats in the areas where polling stations will be located.