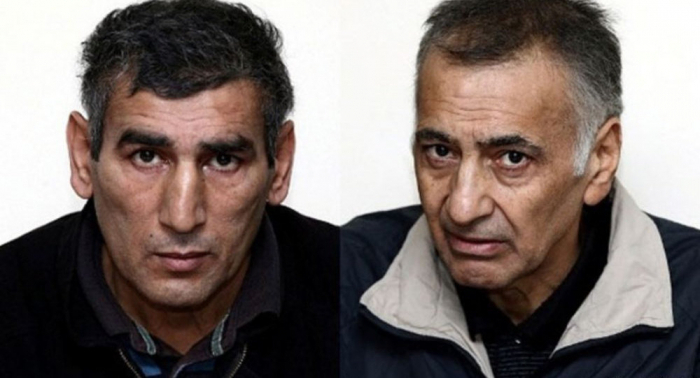 Azerbaijan proposed to the Armenian side in April 2016 to exchange the captives held by the parties according to the "all for all" principle, as well as the people to be in captivity or hostages taken in the future, including the return of the bodies of the dead no later than three days through the mediation of the corresponding international organizations, according to the Azerbaijani State Commission on Prisoners of War, Hostages and Missing People, AzVision.az reports citing Trend.

But according to the recent information spread by the media, the Armenian side said that Azerbaijan is not ready to exchange the hostages taken in the occupied Kalbajar district in 2014 and illegally convicted Dilgam Asgarov and Shahbaz Guliyev for Armenian citizens and servicemen Karen Kazaryan, arrested for terrorist and provocative acts in the territory of Azerbaijan, and Araik Kazaryan, who voluntarily surrendered to the Azerbaijani army in the direction of the Fizuli district of the frontline.

The Azerbaijani State Commission on Prisoners of War, Hostages and Missing People reiterates that it has repeatedly expressed its principled position in connection with the exchange of prisoners and hostages according to the "all for all" principle to the opposite side during the meetings of the Azerbaijani and Armenian leaders through the mediation of the co-chairmen of the OSCE Minsk Group, as well as foreign ministers and during the discussions held by the State Commission in 2017 and 2018 with the corresponding international organizations.

The State Commission once again officially informed the international organizations about the readiness to exchange Dilgam Asgarov and Shahbaz Guliyev for Karen Kazaryan and Araik Kazaryan on September 11, 2019.

The State Commission reiterates that Azerbaijan always complies with the norms and principles of international humanitarian law, considers the exchange of prisoners of war between Russia and Ukraine on September 7, 2019 as an act of humanity. Following the example of this act of humanism, the State Commission reiterates that it supports the release of prisoners of war of Azerbaijan and Armenia in the short term according to the same principle.