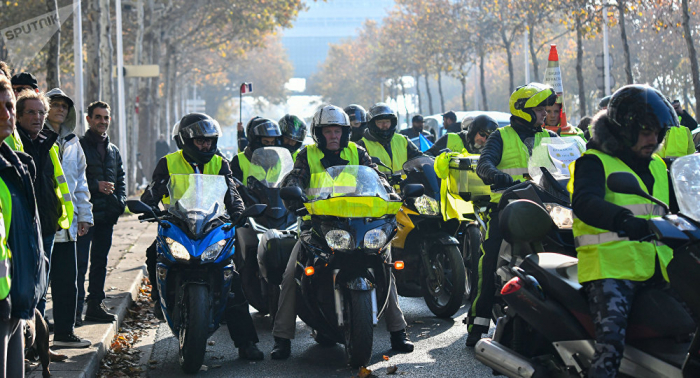 About 1,800 rioters marched in Nantes last week with at least 35 people detained as a result of clashes with the police. Three policemen and two gendarmes were injured during clashes with aggressive protesters, Sputnik reports.

Yellow Vests protestors are taking to the streets for a new round of protests in Paris on Saturday, 21 September.

Yellow Vests rallies swept across the country in mid-November prompted by planned hikes in fuel taxes. While the French government later abandoned its plans to raise fuel taxes, protesters continue to take to the streets across France every weekend to express their discontent with the government's policies.