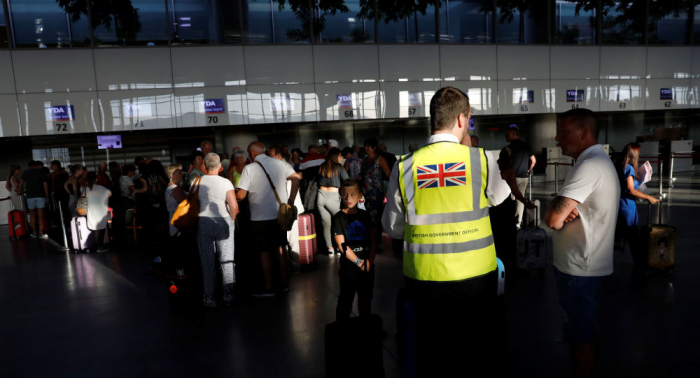 The UK Civil Aviation Authority (CAA) said that it planned to repatriate more than 16,500 travelers on Tuesday, whose plans have been affected by the recent bankruptcy of major UK tour operator, Thomas Cook.

"Today, there will be 74 flights bringing back more than 16,500 passengers," the CAA tweeted.

The agency added that on Monday it had operated 64 flights and repatriated 14,700 passengers.

Approximately 600,000 travelers have been affected by the UK firm's sudden bankruptcy. The UK government and CAA are working together to support the repatriation of passengers to the United Kingdom.

On Monday, the Greek Tourism Ministry said that nearly 50,000 tourists were stranded in the country, following the bankruptcy announcement.

Earlier on Monday, the Thomas Cook Group, which includes the tour operator and airline by the same name, announced its compulsory liquidation following unsuccessful talks between the company's stakeholders and potential new donors on terms of the firm's recapitalization and reorganization. All of the company's bookings, including flights, were immediately canceled.