US cinemas ban masks and costumes at Joker screenings 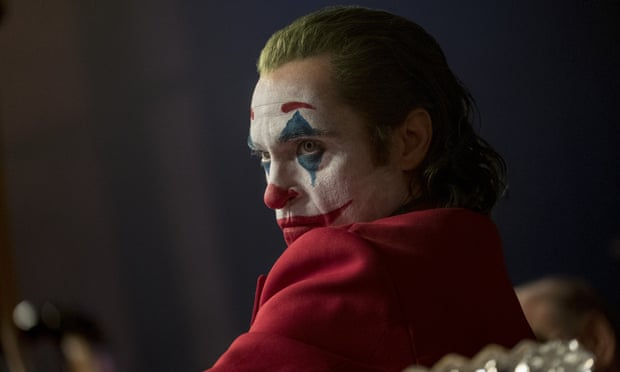 Major cinema chains in the US have announced that they will enforce bans of masks, costumes and toy weapons at screenings of Joker, the new film starring Joaquin Phoenix as Batman’s nemesis, as concerns about the potential for violence connected to the film’s release on 4 October circulate, the Guardian reports.

Landmark Theatres says on its website that “no masks, painted faces or costumes will be permitted into our theatres”. AMC Theatres, the US’s largest cinema chain with more than 600 venues, has said in a statement that they are “working with law enforcement” and that their standard policy allows audience members to wear costume but “we do not permit masks, face paint or any object that conceals the face … [or] weapons or items that would make other guests feel uncomfortable”.

Security concerns were raised on Tuesday when families of victims of the 2012 shooting in Aurora, Colorado, at a midnight screening of The Dark Knight Rises, wrote to Warner Bros condemning gun violence in the film and asking them to withdraw funding from politicians who oppose gun law reform. The studio’s reply said the film was not “an endorsement of real-world violence of any kind”. However, Joker will not be showing at the Century Aurora and XD theatre where the shooting took place.

A bulletin issued by US army officials at a base in Oklahoma suggested that the FBI had collected intelligence of a “credible potential mass shooting” connected to the film after “disturbing and very specific” discussions on the dark web. However, police in Los Angeles issued a statement playing down possible threats, saying: “While there are no credible threats in the Los Angeles area, the department will maintain high visibility around movie theatres when it opens.”

Box office tracking suggests Joker will collect more than $80m on its opening weekend, a record for October.