Brexit basics: What is Brexit and why does it matter? 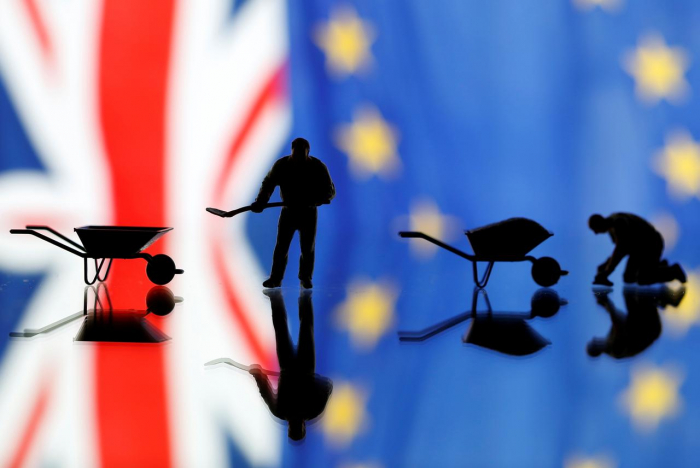 The United Kingdom is due to leave the European Union at 2300 GMT on Oct. 31. Below is an explainer of the Brexit basics:

A blend of “Britain” and “exit”, the word was coined by former lawyer Peter Wilding four years before the vote for the UK to leave the EU took place.

The EU, built on the ruins of World War Two to integrate economic power and end centuries of European bloodshed, is now a group of 28 countries which trade and allow their citizens to move between nations to live and work.

In the June 23, 2016 referendum, 52 percent of British voters backed leaving while 48 percent voted to remain in the bloc. Prime Minister David Cameron, who called the referendum, resigned immediately afterwards.

WHY IS IT TAKING SO LONG TO LEAVE?

The referendum was a simple yes or no vote. It left lawmakers to grapple with the mechanics of how to leave the EU in a country divided over everything from secession and immigration to capitalism and modern Britishness.

In order to leave, the UK had to invoke Article 50 of the EU treaty, which outlines the steps for a member state to withdraw.

Cameron’s successor Theresa May formally triggered Article 50 in March 2017 which set the clock ticking for the UK to negotiate the terms of its withdrawal by March 29, 2019.

The deadline was extended three times, to Oct. 31, 2019 after parliament three times rejected the deal May had struck with the EU. May resigned in June.

WHY CAN’T UK LAWMAKERS AGREE ON A DEAL?

Parliament has to ratify the deal agreed by the government.

But, some lawmakers favor a “hard” Brexit where the UK withdraws from the EU customs union and single market, that allows member states to act as a trading bloc, to pursue its own trade deals with other countries.

“Soft” Brexiteers want to maintain some trade ties with the EU, but are divided themselves as to their extent.

Some lawmakers are staunch remainers and some believe the country should hold a second referendum.

A sticking point to parliament approving a deal has been the border between Northern Ireland, part of the UK, and Ireland, which remains part of the EU.

Since the 1998 peace deal, which ended three decades of violence between Irish unionists and nationalists, free trade and movement of people between EU member states has meant there is virtually no border between Ireland and the UK.

The so-called Irish backstop solution, vehemently opposed by the Conservative Party’s allies, the Democratic Unionist Party (DUP), and hardline Brexiteers, has been replaced in the new deal Prime Minister Boris Johnson sealed with the EU this week.

Instead, Northern Ireland stays in the UK’s customs territory but all EU procedures will apply to goods arriving there. There will be no customs checks on the island of Ireland - they will be done in ports. Northern Ireland will be able to benefit from future UK trade deals around the world.

Physical checkpoints do not return to the border, which was heavily militarized during the years of conflict.

Now it is up to UK lawmakers to approve Johnson’s Brexit deal.

Parliament will sit on Oct. 19 - the first time it has convened on a Saturday since 1982 when it discussed the Argentine invasion of the Falkland Islands.

Johnson, whose Conservative Party has no majority in the 650-seat House of Commons, will face a divided parliament where his opponents are trying to force both a delay to Brexit and another referendum.

But if he loses a vote on a deal and does not get approval for no-deal, he is required by law to write to the EU requesting more negotiating time, delaying Brexit until Jan. 31 2020.

Johnson has said he will comply with this law and that Britain will leave the EU on Oct. 31, without explaining how he plans to take these two apparently contradictory steps.