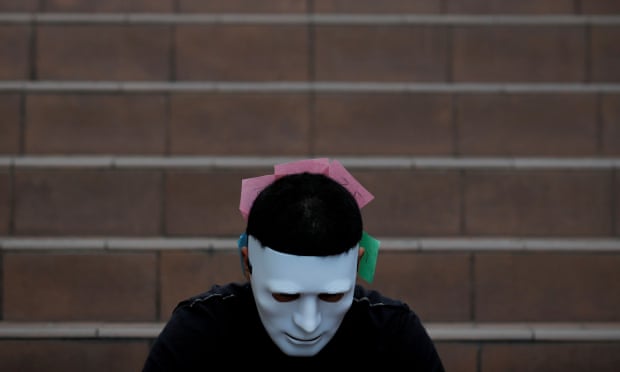 A bipartisan group of prominent US lawmakers has urged Apple chief executive Tim Cook to restore the HKMap app used in Hong Kong, as protesters push ahead with plans for another unsanctioned mass rally on Sunday.

Earlier this month, Apple removed the app that helped track police and protester movements, saying it was used to target officers.

“You have said publicly that you want to work with China’s leaders to effect change rather than sit on the sidelines and yell at them. We, too, believe that diplomacy and trade can be democratising forces. But when a repressive government refuses to evolve or, indeed, when it doubles down, cooperation can become complicity,” the members wrote to Cook.

Apple declined to comment on that latest appeal but said on 9 October that it had begun an immediate investigation after “many concerned customers in Hong Kong” contacted it about the app and the company found it had endangered law enforcement and residents.

It said the HKMap app “has been used to target and ambush police, threaten public safety, and criminals have used it to victimise residents in areas where they know there is no law enforcement”.

The group of lawmakers wrote separately to Activision Blizzard’s chief executive Robert Kotick, calling on him to reverse the company’s decision to ban a player who voiced support for pro-democracy protests in Hong Kong. Activision Blizzard did not immediately comment on Friday.

Critics said Apple acted after pressure from Beijing in a commentary in the Chinese Communist Party’s official newspaper.

The lawmakers said Apple has censored at least 2,200 apps in China, citing the nonprofit group GreatFire.

Apple’s action came amid a furore surrounding the US National Basketball Association after a team official tweeted in support of the Hong Kong protests, which led Chinese sponsors and partners to cut ties with the NBA.

Last week, Blizzard reduced the punishment dealt out to Chung Ng Wai, a Hong Kong-based Hearthstone esports gamer, for his public support of pro-democracy protests after its decision sparked controversy among players and the public.

Blizzard Entertainment, a subsidiary of Activision Blizzard, said initially that it would suspend the player from competition for a year and strip him of prize money.

The warning comes before a mass rally organisers are planning to press their demands on Sunday. Police refused to authorise the march, citing risks to public safety and order, but protesters have previously ignored such rejections.

On Saturday Hong Kong leader Carrie Lam took to the airwaves to back the use of force by police. She told broadcaster RTHK that police had used appropriate force in handling the protests, and were responding to protesters’ violence, amid criticism of heavy-handed tactics.

On Friday night Hong Kong pro-democracy protesters donned cartoon character masks as they formed human chains across the city, in defiance of a government ban on face coverings at public assemblies.