Niger floods force 23,000 from their homes 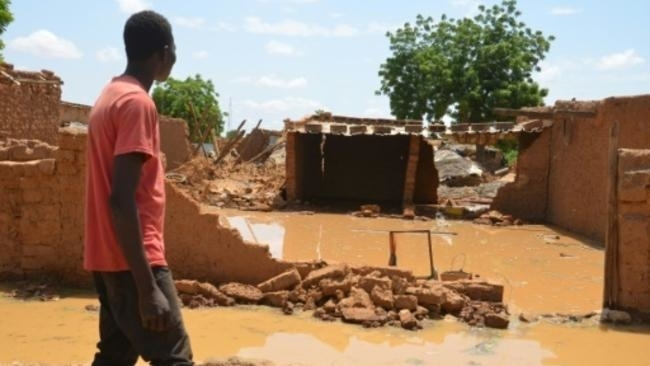 Heavy rains have caused the Komadougou Yobe river that flows through the semi-desert Diffa region into Lake Chad to burst its banks, inundating villages, flooding fields and damaging crops.

Two villages near the city of Diffa were "completely submerged" and 2,500 households have been forced to move, according to national radio the Voice of the Sahel.

Some 400 families were sheltering in a gym in the city, it added.

"We have been fighting for days to stop the water rising, but it's not working," Amadou Issa, a rice farmer, told AFP. "The sandbags we've been using to keep the water out are completely under water."

Extreme weather events are common in Niger, one of the world's poorest countries.

Between June and September 57 people were killed and more than 130,000 affected by flooding according to government figures.

The capital Niamey was hit badly in September, with the waters of the Niger river -- the third biggest in Africa -- rising to a level not seen in more than 50 years and swamping parts of the city.

Last year, drought and flooding led to food shortages in a crisis which, exacerbated by jihadist violence, left more than 10 percent of the population needing humanitarian aid.

Niger, along with neighbouring Burkina Faso, Chad, Mali and Mauritania is also struggling against escalating attacks by armed Islamists.

According to the UN's human rights agency UNHCR, the Diffa region is home to almost 120,000 refugees and 109,000 internally displaced people.