US reassessing relationship with Russia 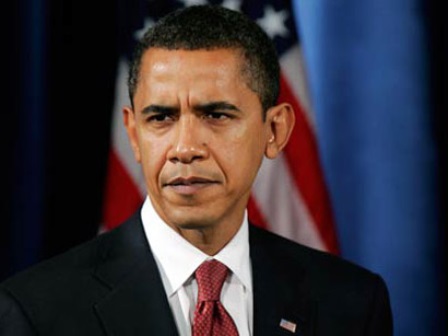 US President Barack Obama said Friday the United States should "take a pause" to reassess its relationship with Russia even as the countries` top diplomats and defence ministers held talks in Washington
"The latest episode is just one more in a number of emerging differences that we`ve seen over the last several months," Obama said, referring to Syria, human rights and the dispute over self admitted leaker Eddward Snowden.

"It is probably appropriate for us to take a pause, reassess where it is that Russia`s going, what our core interests are, and calibrate the relationship so that we`re doing things that are good for the United States and, hopefully, good for Russia as well."

Obama earlier this week cancelled a bilateral summit with President Vladimir Putin planned for next month over the asylum.

Senior administration officials described the talks at the State Department as pragmatic and constructive. The Snowden affair did not dominate the talks known as the two plus two, even as Kerry stressed disappointment over Russia`s move, an official told reporters.

However the sides announced no concrete agreements, such as a specific date for fresh talks on Syria in Geneva.

Lavrov said the sides agreed to meet on a regular basis to discuss cooperation and solutions to global problems.

On Syria, he called for a convening of a fresh round of talks in Geneva to end the crisis "as soon as possible" and for Syrian government and opposition delegations to work toward agreement on a political transition.

The installation of a missile defence system in Europe that has proven a source of tension between Washington and Moscow for years was also discussed.

Shoygu said the sides need to find solutions for the placement of the missiles.

"We also need to understand that ... every country seeks greater protection," he said. "But that should not be done at the expense of Russia, for example."

"I think now we have to start listening to each other on missile defense," the official said.

There had been doubts that the meeting would go ahead, after Russia granted Snowden temporary asylum.

Kerry said at the start of the talks the Snowden case was among the "challenging moments" the countries had recently experienced.

"The relationship between the United States and Russia is, needless to say, a very important relationship, and it is marked by shared interests and, at times, colliding and conflicting interests," Kerry said as talks got underway.

"Now, I think we`re all very clear-eyed about that," he said. "Sergei Lavrov and I are old hockey players, and we both know that diplomacy, like hockey, can sometimes result in the occasional collision. So we`re candid, very candid, about the areas in which we agree, but also the areas in which we disagree."

The former intelligence contractor and admitted leaker of secret US surveillance programmes is wanted in the US to face espionage charges.