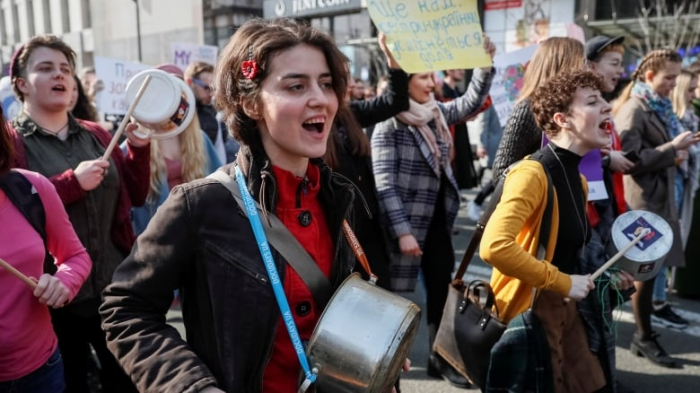 Norway, Switzerland best places to be a woman, 2019 ranking says.

Canada slipped four spots this year on a global index that ranks countries based on women's equality and well-being.

The 2019 Women, Peace and Security Index placed Canada in the 11th spot, below the Netherlands and Sweden. Canada placed seventh on the list in 2018.

The ranking system is put together by Georgetown University's Institute for Women, Peace and Security, in partnership with the Peace Research Institute of Oslo, and weighs variables such as access to bank accounts, jobs and security.

Researchers found Norway and Switzerland are the best countries to be a woman, and Yemen and Afghanistan are the worst.

However, their findings also show that the state of women's rights is not "all doom and gloom" around the world.

While life for women has deteriorated in Yemen and other war-torn nations, it has improved in some 60 countries.

The researchers looked at 167 countries since 2017, when the first Women, Peace and Security Index was compiled.

Rounding out the top of the list were Finland, Denmark, Iceland, Austria, the United Kingdom, Luxembourg, Sweden and the Netherlands, which tied for ninth place.

"There are important areas of progress," said Jeni Klugman, managing director of the Georgetown Institute for Women, Peace and Security, and lead author of the index.

Gains were strongest in women's access to financial accounts, either mobile or at conventional banks, in fewer discriminatory laws and through increasing legislative representation.

"A national election can bring about big changes, both positive and negative," Klugman said.

Iceland lost its top spot from 2017 after elections reduced the number of women in parliament.

The United States inched up to No. 19 from No. 22 two years ago, in part due to 2018 elections when a record number of women were elected to Congress. But Klugman said the U.S. continues to lag in the area of domestic violence.

The research is intended to inform and inspire action, Klugman said, noting that the factors it weighed are integral to the global development goals that the United Nations adopted unanimously in 2015.

"It's not like it's something we invented out of thin air. It's something which is grounded in those long, hard-negotiated agreements, so we're holding them to account for that," Klugman said.

The UN adopted 17 goals, including gender equality and an end to hunger, poverty and other ills, to be achieved by 2030.

The new research found deterioration in women's lives was often linked to security, which worsened in almost 50 countries.

As for legal reforms, Moldova moved up 22 places, owing to changes in its sexual assault laws.

Saudi Arabia persisted in having the most extensive legal discrimination against women, followed by Yemen, Sudan, the United Arab Emirates and Syria.

The report said legal discrimination means about 2.7 billion women globally are restricted from working in the same jobs as men.