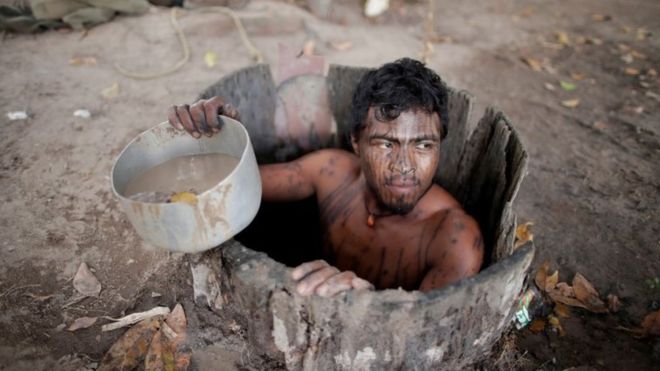 A young indigenous land defender has been shot dead and another wounded by illegal loggers in Brazil's Amazon.

Paulo Paulino Guajajara was reportedly attacked and shot in the head while hunting on Friday inside the Arariboia reservation in Maranhao state.

He was a member of Guardians of the Forest, a group formed to combat logging gangs in the area.

Non-profit group Survival International, which advocates for isolated communities, says at least three Guardians have previously been killed, along with many of their relatives.

In September, an official who had worked to protect indigenous people was murdered in the city of Tabatinga.

He has often stated support for farmers and loggers working in the area, while criticising environmental campaigners and slashing the budget of the Brazil's environmental agency.

Brazil's justice minister Sérgio Moro said federal police were investigating the incident. "We will spare no effort to bring those responsible for this serious crime to justice," he tweeted.