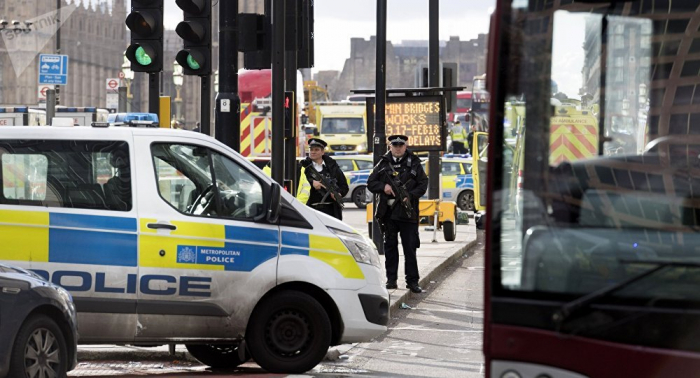 The police of Wiltshire county in the United Kingdom's southwest detained a man on suspicion of smuggling 15 people into the country illegally in a truck, the Wiltshire Police on Thursday.

According to the statement, the police received the call on Wednesday evening informing them about suspicious activity involving a truck on the A350 highway near Chippenham. The police arrived at the scene and discovered 15 people in the vehicle, all of whom are believed to be over 16 years old.

"Colleagues from the ambulance and the fire service attended the scene and carried out initial medical checks - fourteen of these people are currently being conveyed to custody, while one person has been taken to hospital for further checks - they are not believed to be in a serious condition ... In addition, one man, aged in his 50's, has been arrested on suspicion of assisting with illegal entry and taken to Swindon custody for further questioning", the police said.

The incident comes amid an ongoing investigation into the killing of 39 migrants who were similarly found in a truck in Essex county in late October. The dead migrants were nationals of Vietnam. Five suspects, including the truck driver, were detained, and three of them were later released on bail.

According to the Essex police department, Ronan and Christopher Hughes from Northern Ireland are wanted on suspicion of manslaughter and human trafficking in connection with the tragedy.